I can remember using Motorola Razr many years ago, but it’s been a long time since I’ve seen a flip phone. The must still be a market, as Samsung has just unveiled W2018 flip phone in China with many of the premium features found in their Galaxy S8 model such as Qualcomm Snapdragon 835 processor,  6GB of RAM, and up to 256 GB of storage.

Samsung W2018 is also said to be the first smartphone equipped with a camera that has an F/1.5 aperture allowing for better low light photo, and the camera can switch to F/2.4 during better lighting conditions. 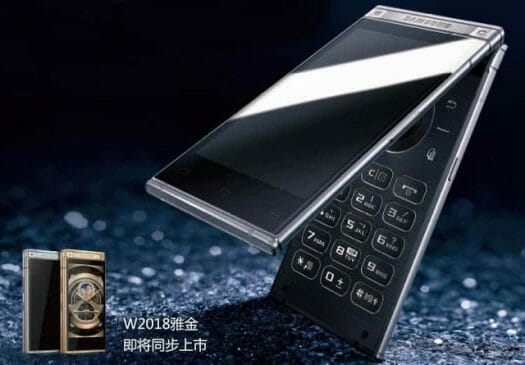 The phone will run Android 7.1.1 with Bixby voice assistant software, and an update to Android 8.0 is expected next year. The Extreme Edition will come with 64 GB of storage, while the Collector Edition will include 256 GB of storage. 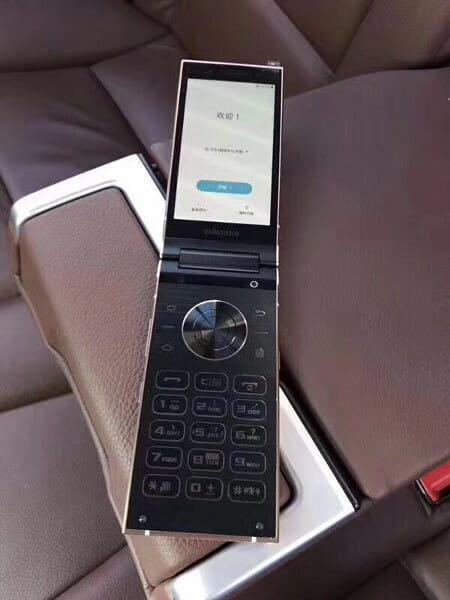 The smartphone will be available through China Telecom, and comes with a range of “exclusive services”, including pick-up service, concierge services at airports and railway stations, or 6-month free screen change. While Samsung did not disclose the price, estimates range from 10,000 to 15,000 RMB ($1,511 to $2,267). Various websites report Samsung W-series smartphones normally aim to raise funds for charity, so that explains it.

Via Liliputing, GizmoChina, and AndroidHeadlines