Earlier this month, I listed SoliRun MACCHIATObin networking board as one of the top 5 most powerful ARM boards in 2017/2018, thanks to its fast quad core Cortex A72 processor, support for up to 16GB RAM, three SATA interfaces, and network connectivity options with several Ethernet copper/SFP interfaces up to 10 Gbps.

The problem with powerful boards is that they can be expensive, and the original MACCHIATOBin (Double Shot) board sells for $369 and up. The good news is that SolidRun has just launched a cheaper version called MAACHIATOBin Single Shot with a quad core Cortex A72 processor limited to 1.6 GHz (instead of 2.0 GHz), and the two 10 Gbps interface are only accessibly through SFP cages, and not Ethernet copper (RJ45) ports anymore. 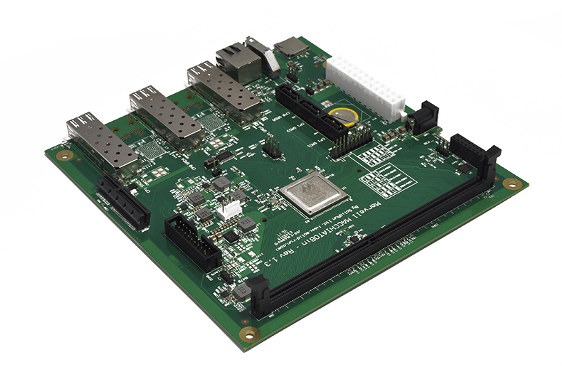 MACCHIATOBin Single Shot is based on the same PCB as the original version of the board, and the rest of the specifications are just the same:

They just did not solder the 10 Gbps Ethernet connectors and related chips, and used some ARMADA 8040 SoCs that may not have passed QA @ 2.0 GHz, but work fine up to 1.6 GHz. 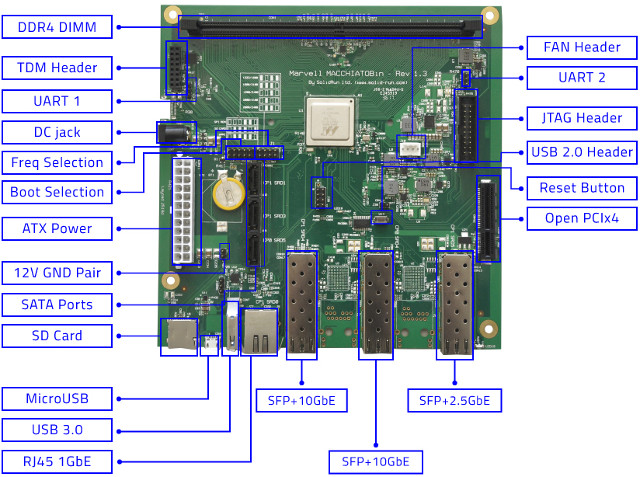 Just like it’s predecessor, the board ships with either 4GB or 16GB DDR4 memory, an optional 12V DC/110 or 220V AC power adapter, and an optional 16 GB micro SD card. The changes made bring the price down to $269 for the 4GB RAM version of the board, exactly $100 cheaper than the original “Double Shot” version.