We’ve seen a few interesting and relatively powerful router board launched last year, with the likes of MQMaker WiTi or Turris Omnia, AsiaRF has now designed Geek Force board powered by Mediatek MT7623N/MT7623A quad core network processor combined with 2GB RAM, six Gigabit Ethernet ports, and optional 802.11ac and 3G connectivity via the three mPCIe slots available on the board. The board also features two HDMI ports, and supports multimedia capabilities such as H.264, MPEG-2, or VC-1 hardware video decoding.

The board will support OpenWrt, Android, and Ubuntu Snappy operating systems, likely on top of Linux 3.10 kernel. The SoC also features hardware NAT, hardware QoS, and hard crypto engine, which should all be supported by the board. While the specs indicates either MT7623A or M7623N processor might be used, the pictures shows MT7623N used in combination with MT7530B Ethernet switch. MT7623A embeds the Ethernet switch on-chip, but lacks a GPU, and has less video interfaces. 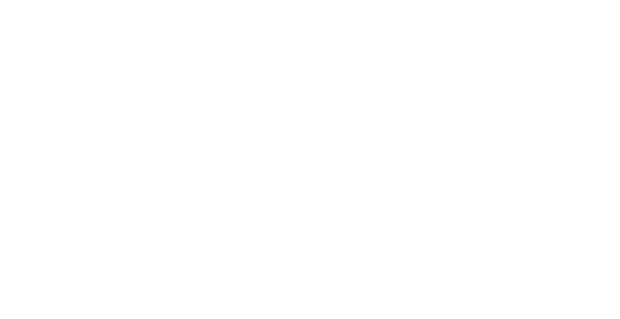 Apart from the specifications however, the company has not shared much technical information so far, not shown any demos, but I’ve been told a video should come after Chinese New Year holidays. Some parts of the specs are also unclear, for example whether the video interfaces are only output, or if some are input, and it’s not 100% clear the mPCIe slots also support SATA.Potential applications include Internet router, enterprise access point, home security system, home automation gateway, NAS, switch control processor, etc…

AsiaRF has launched a flexible funding Indiegogo campaign to raise funds for production. A $98 pledge should get you a Geek Force board with a power adapter and a “pigtail plus” antenna. There are also various other rewards for 802.11ac, 3G or 4G LTE mini PCie cards add-ons with SIM card slot, up to $192 for a Geek Force board with 4G LTE worldwide, and 802.11ac WiFi. Shipping added $30 to the destinations I tried, and delivery is scheduled for June 2016.

@goran
Sorry about that, and thank for letting me know.
Fixed. The link is http://www.indiegogo.com/projects/geek-force-top-end-open-source-wifi-router-board/x/1760545#/story

The $192 bundle with LTE modem is a great deal, LTE modems are $100.
Plus it should be possible to plug in a PCIe SATA card or even better, a PCIe SSD.

@Jon Smirl
You wouldn’t be able to boot from the PCIe SSD though, at least not without significant driver work and you’d still need to initialise the system from uBoot and then swap over to the PCIe SSD, so not sure what benefit it’d bring. That is if the SoC can support SSD’s in the first place.
Haven’t managed to find a datasheet for this SoC yet, but it’s an interesting solution.

I am really interrested in such a powerful board… it lacks sata, but i’m interested in i2s and spdif in&out 😀
But 100,000$ in flexible funding ?! Cannot seriously back this, way too much risks of just losing my money.

@TLS
AsiaRF says datasheet will be posted shortly. It may not be translated yet.

@TLS No reason to think that a CPU can’t support a SSD. The SSD is just a PCIe device. The CPU will do PCI transactions against it. It does not know it is a SSD. It is the device drivers that know it is a disk drive and that is just software. So if there are kernel drivers available for the PCI SSD there is hope to get it working. I do agree that it is unlikely that the SOC can boot from the PCI SSD without a flash based uboot helping. But desktop PCs don’t boot straight from a… Read more »

@Jon Smirl
MTK always do English datasheets, so I highly doubt that translation is the issue. However, they don’t tend to release public datasheets and they tend to tie them to specific people at companies that request them.

SSD manufacturers rarely provide any kind of drivers, as they tend to make them for Windows based computers or for controllers that translates them into something the OS can understand, such as via a SATA controller. So if you get a PCIe mSATA SSD with an onboard controller, you’re fine, however a pure PCIe SSD might require additional work.

@GourouLubrik
The main issue with flexible funding is if the project gets little funds, in which case some companies may not be able to go with production, and they are not obligated to refund you. This is especially a problem with completely new companies, but as @Jon Smirl mentioned AsiaRF has been around for a while.

I just wish they could spend a little more time and efforts to provide accurate and detailed info in their crowdfunding campaigns.

@Jon Smirl
@TLS
I’ve previously seen mini PCIe slot with incomplete functionalities implemented, and since SATA is not explicitly mentioned anymore on their Indiegogo page, I’m not sure entirely whether it’s supported.

And what the hdparm -tT say on ssd od usb3 attached drive? Does anybody knows? what is the throughput?

@Jean-Luc Aufranc (CNXSoft) Don’t confuse things though, these are full PCIe slots, or things like Wi-Fi cards wouldn’t work with them. The issue isn’t so much SATA support, as there are mini PCIe SSD’s that have an onboard SATA controller and this would solve that issue. However, a PCIe only SSD might have problems with this, as it requires support on multiple levels, from UEFI to OS and I highly doubt uBoot can support it. On the other hand, there are some mini PCIe slots that are only wired for USB functionality and these are mostly useless. The mini PCIe… Read more »

These are real PCIe slots.

@GourouLubrik
SATA support would be easy enough to add http://www.amazon.com/Syba-Port-SATA-Components-SD-MPE40056/dp/B009WN7QTE

hello！ I am in china how can I get this board

@wangjin
I’m not sure the board has been developed since the crowdfunding campaign was a complete flop.
You’d need to contact AsiaRF and ask them.

@Jean-Luc Aufranc (CNXSoft)
In the meantime others picked up the idea (or more likely contracted AsiaRF): http://forum.banana-pi.org/t/quad-or-octa-core-in-banana-pi-router-catagory/2568/2 (I would assume both SATA ports are provided by an el cheapo ASM1061)

@tkaiser
Different design, so they likely made their own.
Mediatek MT762x boards (see FireWrt, WiQi router, Geek Force) tend to be canceled or not very successfully for whatever reason, possibly high cost for low volume.

@Jean-Luc Aufranc (CNXSoft) Well, at least in the past Foxconn contracted 3rd parties to do the ODM work for their various Banana offerings (Xunlong did the original A20 based Banana Pi for example) and then SinoVoip took over for manufacturing. This might explain why they always struggle releasing schematics (for BPi-R1 it took them almost one year) and sometimes had not the slightest idea how ‘their own’ hardware works (horrible memories regarding R1 and M2 here — without community reverse-engineering maybe some stuff still wouldn’t work on these boards). Anyway: MT762x seems not the best ‘category’ since MT7621A is dual… Read more »

@Jean-Luc Aufranc (CNXSoft)
According to rumours (linux-sunxi IRC) BPi-R2 won’t be available with datasheet/usermanual for the SoC due to expensive MediaTek NDA (maybe not even 3.10 kernel sources released — there’s rudimentary support for mt7623 in mainline kernel but that won’t help much). So maybe that’s also one of the reasons why these designs aren’t that successful?

We’ll see and at least I won’t buy products without a strong community around able to fix vendor’s mistakes.