Allwinner H6 is a processor designed for 4K HDR set-top boxes such as Zidoo H6 Pro, but with USB 3.0, Gigabit Ethernet, and PCIe interfaces, the processor is also a good candidate for ARM development boards where you need fast I/Os.

I was expecting Orange Pi 3 Plus as the first board based on the processor, but instead Shenzhen Xunlong has just launched a cheaper Orange Pi One Plus version that sells for $19.99 plus shipping. 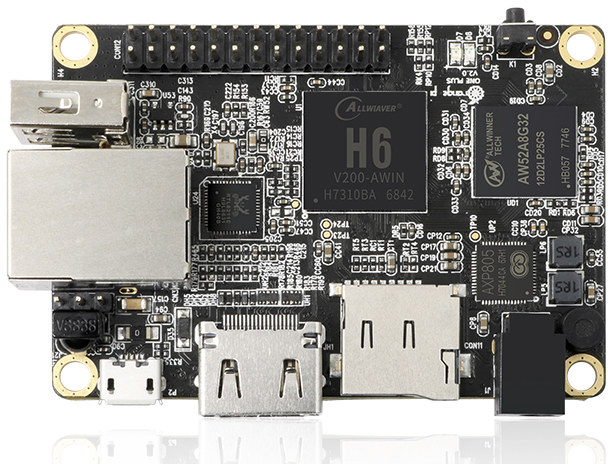 Orange Pi One Plus specifications:

The board only supports Android 7.0 for now, with Linux images (Ubuntu and Debian) under testing. Bear in mind that Allwinner H6 is relatively new, and Orange Pi One Plus is the first low cost Linux development board to be launched with the target, so I’d expect some difficulties at first. Everything will likely have to be based on legacy kernel (Linux 3.10), and some features like 3D graphics acceleration may not work in Linux, but hopefully better support will eventually come through the work of linux-sunxi (u-boot/kernel), and Armbian (integration with Ubuntu/Debian) communities. 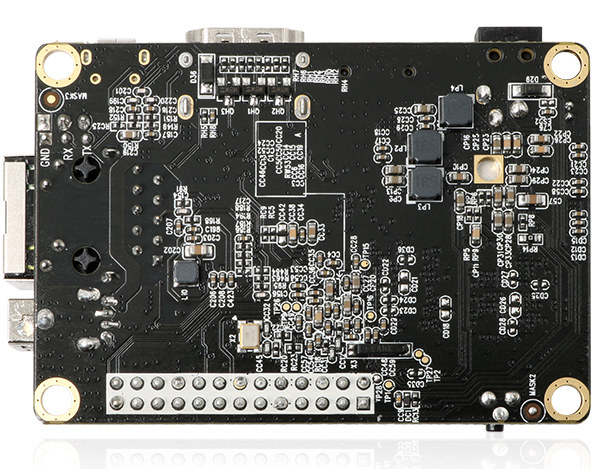 This first board is a bit of a disappointment, as beside Gigabit Ethernet, and HDMI 2.0a, it does not really leverage the nice features found in Allwinner H6 processor. I’m especially surprised by the USB 2.0 connector since USB 3.0 would have been nearly free to add as it’s supported by H6 SoC. But I’m told that Orange Pi Lite2 will come with USB 3.0 later next month. However, since it is based on Orange Pi Lite design, then the board will use WiFi, and Gigabit Ethernet will not be present. So we may have to wait for Orange Pi 3 Plus to get a more features-packed H6 board with GbE, USB 3.0, and PCIe interfaces.

Another interesting part of Orange Pi One Plus board is the DDR3 chip: Allwinner AW52A8G32. So it looks like Allwinner has entered the RAM business, or they re-branded the chip from some other company.

Looks nice but only 1GB of RAM 🙁

they should have stuck with 15$ instead

but its still great

@Youcef
Patience has mentioned in the post, at least two more H6 boards are coming.

I don’t get it, Nobbling the H6 with dregs of the barrel and flea market tat…. 🙁 with Micro usb power…that’s probably the max spec it can support. I can’t HAVE THE POWER!

RAM looks like LPDDR3.
What a waste for H6 SoC without exposing USB 3.0 and PCI-E interface.

@Steven
One person on Twitter had an interesting take: good idea to make a cheap boards with basic functions in order to get more people involved on software work. It’s also quite possible USB 3.0 and PCIe are not working well / at all in Linux at this stage.

Guys to run android witch is the best cost/benefit OrangePi board?
Or maybe cost/benefit SBC board on market? Only to show youtube/netflix…

THANKS ALL FOR HELP!

@Dante
Why not buy an inexpensive TV box instead? You’ll get the board, power supply, case, HDMI cable for $20 to $25 shipped.

@TC
It’s said Allwinner is preparing a 4.4 based BSP (most probably forward ported from 3.10 so not based on 4.4 LTS from kernel.org) and as usual Icenowy already did some preliminary mainlining work with H6: github.com/Icenowy/linux/commits/h6-init

@Jean-Luc Aufranc (CNXSoft) As I know the USB3 should be working well very easily, as XHCI is standardized, and the controller used by Allwinner is the common DWC3 controller (although Allwinner didn’t use dwc3 driver but used a xhci-based driver instead, but this doesn’t matter). I even drived the USB3 easily in my testing branch (with Pine H64 sample board). PCI-E is not fully tested by Allwinner now, so boards with PCI-E may be delayed. And for OPi 3+ it’s possible that it may come *without* GbE. It has HDMI IN feature, which according to Allwinner engineers uses CSI feature… Read more »

No USB3.0 Shenzhen Xunlong is too stupid . Next I will buy rock64 for Nas

This board is not for nas. Espevially priced at 20$.

Also, you can’t compare it with Rock64.

@alevan why would you stick a H6 on a low power/limited use sbc ? Just because its good pr but has zero no sense technically. $20 dollar badge of honor only. If RPI did that, people would laugh at them, not with them!

You can use it as a small, low power media player. As it has Gbit ethernet and 4k support, you can play movies from NAS.

Replace HDMI with USB 3.0 is good for NAS

@Jean-Luc Aufranc (CNXSoft)
I was thinking to use Retropie or maybe some Custom Distro, but the main OS will be Android. It will be nice to make linux support too!

A 4.x kernel, Mali drivers for Linux and 2GB RAM and I’m in even at twice this price.

folks, chill. think of it as an basic opipc evolution that has network and hdmi (disregarding funky naming but keeping at similar features set and price):
– h3->h5 (faster cpu)
– h5->h6 (faster gpu)

since it’s similar price as opipc, those boards variants are for different purposes for different people. and for those wanting usb3/pcie, just wait for other variants, they are in the works. i would be more worried about heat dissipation because h6 is beefier and the board is smaller. but for 20 it’s very tempting to get and do some devel work

No USB3, no SPI flash footprint onboard…Sorry to see that!!
OP PC is still the best board from Xulong

http://linux-sunxi.org/H6 It said H6 support Virtualization & IOMMU. So we can run KVM on it?

@Icenowy Zheng
Noted. Steven told me “we have new models on way with Gigabit Ethernet and USB 3.0”, so it looks like there will be at least 4 Allwinner H6 Orange Pi boards.

@tkaiser
About Linux support, I got some feedback from a trusted source:

… the early access kernel 4.9 at the end of January, and the official release for kernel 4.9 together with Android O for both H6 and A64 in March.

@Dante
OK. In that case, Orange Pi PC (1GB RAM + micro SD) or Orange Pi Plus 2E (2GB RAM, 16GB eMMC) would be good. Since you are going to use multiple OSes, maybe it would be a good idea of install Android in the eMMC flash, and Linux distributions on SD cards.

Anyone have a price estimate for the H6 when it is in full production? Is it under $5? I can only find one vendor listing it at $10, which no one will pay.

Some corrections:
1. RAM is LPDDR3, not DDR3
2. micro USB port can also be used to power the board. 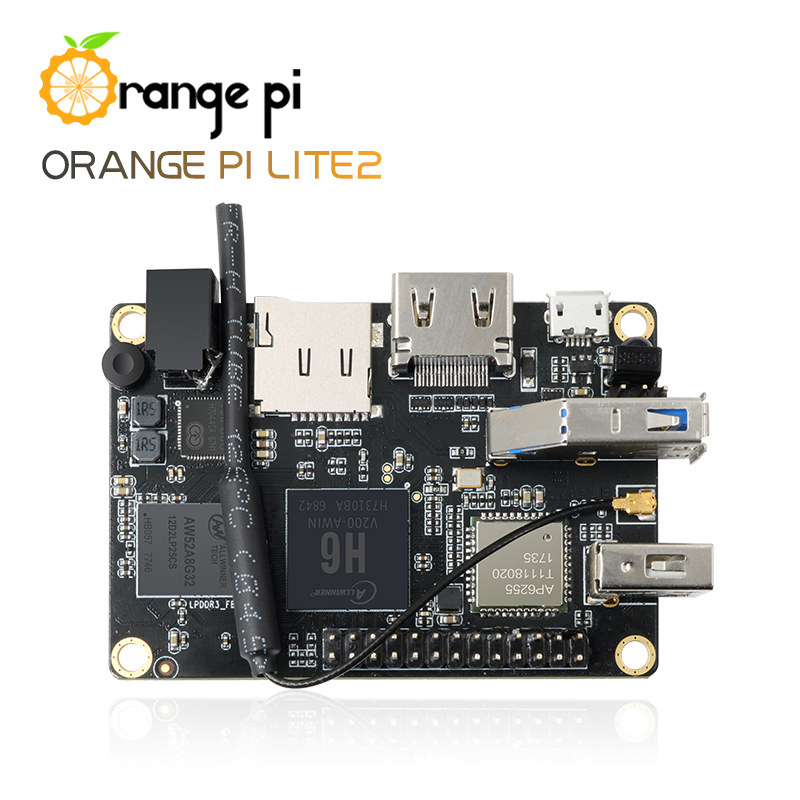 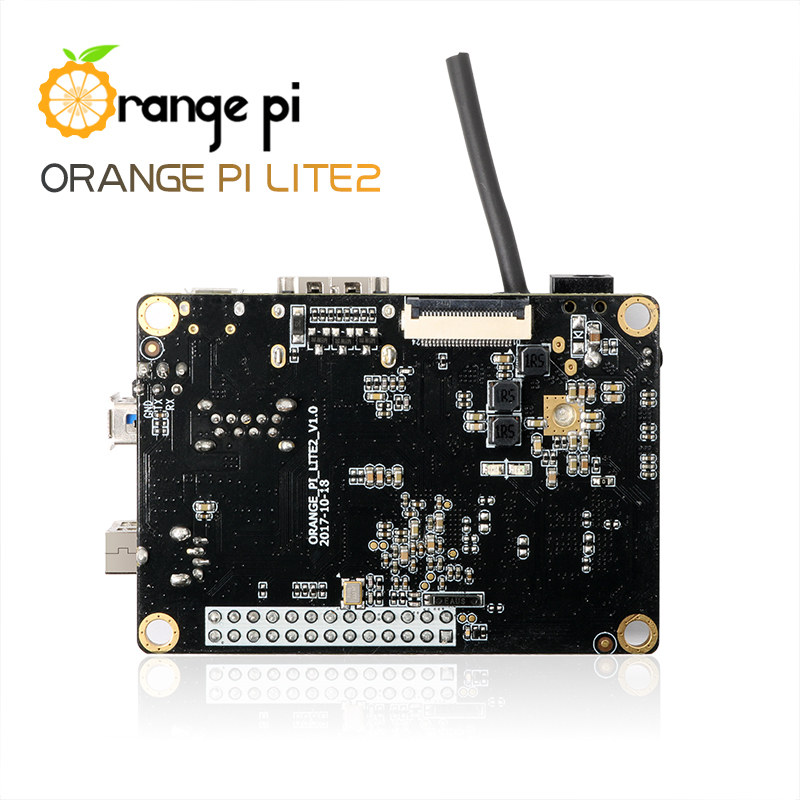 Why? It’s 1T1R so performance will be low though the ability to escape overcrowded 2.4GHz band can already make a real difference compared to all those single band Wi-Fi chipsets used on almost all boards.

It gets interesting starting with AP6356S (dual band and dual antenna and therefore 2×2 MIMO with 802.11n/ac which is a basic requirement for somewhat decent Wi-Fi performance).

@Jean-Luc Aufranc (CNXSoft)
So great, they put the Wi-Fi antenna connector next to the USB 3.0 on the Orange Pi Lite2, so every time you access data on a USB 3.0 device, you’ll interfere with the 2.4GHz Wi-Fi signal, just what you’d want, no?
Better make sure you got some top grade USB 3.0 cables, or the Wi-Fi is going to suffer, badly.
Would explain the 802.11ac Wi-Fi module, but forget about even trying to use Bluetooth together with USB 3.0 on that board.

@TLS
I was not aware of USB 3.0 and WiFI/Bluetooth interferences, but it’s apparently a common issue.
Now the question is: What do they do inside USB 3.0 WiFi dongles to handle this?

@kc
Huh? The interference is with 2.4 GHz band (both Wi-Fi and BT) and on the Lite2 there’s USB3. Below my complete list of use cases I could imagine for both OPi One Plus and the Lite2:

Still RPi is very appealing for HTPC use as it has open source GPU drivers and good support. If you’re in a hurry and want it to work now, out of the box.

Wasted effort; decent chip on a crippled board . Who would want this ?

Do you have a link to BSP?

@tkaiser
Thanks. Would you know if Android Nougat SDK is on kernel 4.4? Just curious why BSP linux 4.4 only next year.