What we used to call phablet – smartphones with 5″ to 6″ display – are now simply called smartphones, as most companies now offer smartphones with larger displays since they are better suited for tasks like web browsing.

Unihertz has gone the other way by launching Atom, an Android 8.1 smartphone with a tiny 2.4″ display. Demand does exist for such Phone, as while the Kickstarter campaign started a couple of days ago, the company has already raised close to $700,000 from around 3,000 backers. 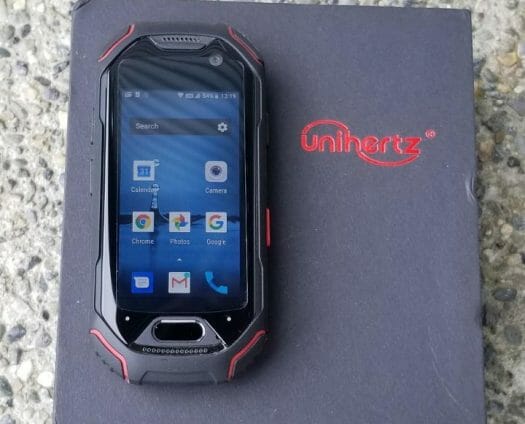 The “Atom” name clearly infringes on Intel’s trademark, so the model name is likely to change in a few days as has happened for “Atomwear” and “Nerdonic Atom X1“, but this did not affect the campaigns after they changed the names. 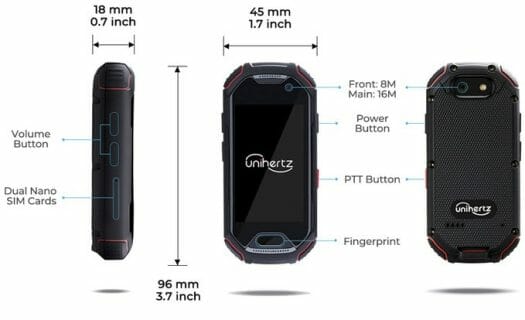 The phone runs Android 8.1 Oreo, and is designed for active persons thanks to its IP68 ingress protection rating, GPS support, and accessories such as an armband, a bicycle mount, and a belt/backpack clip.

If you watch the promo video below, you’ll also find out it’s apparently especially suited to beautiful people…

Interested? Pledges start at $219 with the “Kickstarter VIP – Atom” reward for one phone, but you may consider adding $12, $13 and/or $15 for respectively the lip, armband and/or bike mount. Other rewards are actually the same but for packs of the phone from 2 to 10. Shipping is free to the US, Europe and Japan, but adds $20 to the rest of the world. Delivery is planned for October 2018.

Via Liliputing and ZDNet (Hands-on)

I struggle to see the point of some of their choices. Sure, it’s waterproof, etc, etc.

But how does it make sense to have a super-powerful Octa-Core, 4GB RAM configuration in a device with such a small screen? You certainly won’t be playing games on that, or doing much of anything other than perhaps playing music, doing minimal surfing/twitter, etc.

It seems massively overspecc’d internally for its external interfaces.

I tottaly agree with you, I myself would love to buy a small and lighweight phone (< 100g.), with half of the specs this one has, for half of the price.

I think Intel would be surprised to hear that considering they release new Atoms every year.

I am looking for a fantastic device like this in India. Eagerly waiting.