We previously mentioned the event in a post about an open source video decoder driver for Amlogic S905, S905X and S912 processors with BayLibre scheduled to talk about their work there. 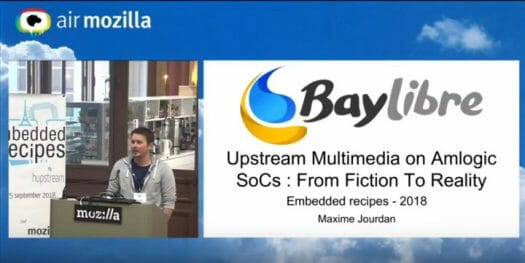 There’s now released slides and videos for the event for all sessions including:

You can also access the videos directly on YouTube, and I’ve embedded the Amlogic multimedia video below.

The presentation slides can be accessed on Slideshare.