We just had a week of fun on CNX Software with our yearly “Giveaway Week” activity where 7 prizes – from development boards to Raspberry Pi add-on boards or solar chargers – were randomly given away to people who entered by leaving a comment.

The winners are in, with Asia starting strong, but Europe quickly taking the lead, and the US ending up the giveaway with a great (again) finish. Here’s the full list of winners: 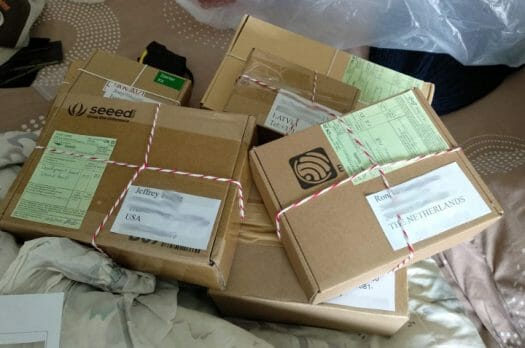 Hopefully, the winners will received their prize before Xmas and have fun with their new toys. Thanks to everyone who played. I’ll do it again next year unless things (e.g. governments) get in the way.

Thanks for doing this 🙂

Estonia, where the sun is rarely seen… 🙂 🙂

Thanks for doing this, really good boards.

congratulations to the winners and make good use of the prizes