The new single board computer features the same ARMADA 8040 quad core Cortex A72 processor as found in the GT 8K model, but complies with COM Express type 7 standard, and takes the company’s  CEx7 A8040 module, and in the future any compatible COM Express type 7 module that may be launched by the company, or others. 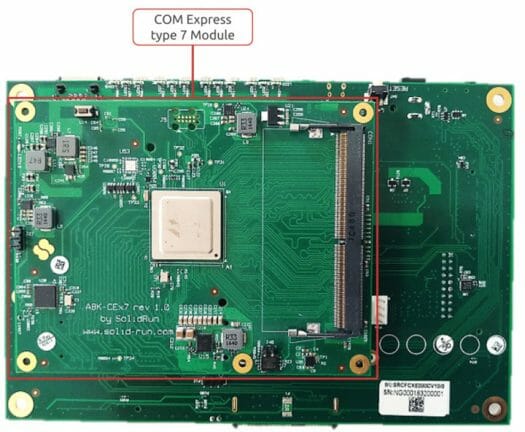 The company offers support for the Yocto Project, Debian, and Linux 4.4.x, and software documentation can be found in the Wiki.

Pricing starts at $360 with a COM Express module with 8GB eMMC flash, no DIMM memory, and heatsink. Price goes up to $690 when fitted with 16GB DDR4 memory. Further information may be available on the product page.

Perfect match for my experiments…

… until I came across the pricing 🙂

I think macchiatobin (‘single shot’) ends up a tad cheaper for a similar config.

BTW, I don’t see this mentioned on the original page, but judging by the picture and having a macchiatobin at home — the COM supports ECC RAM.