The first Android 9.0 TV boxes appeared a few months ago in some Rockchip RK3328 based models, Amlogic also showcased Android 9 Pie in S905X2 / S905Y2 TV box reference platforms, but so far I don’t think I had heard about Android 9.0 for Allwinner processors.

But GeekBuying and Aliexpress are now listing Wechip / Tanix TX6 Allwinner H6 TV box previously launched with Android 7.1, with Android 9.0 Pie instead for $39 and up. 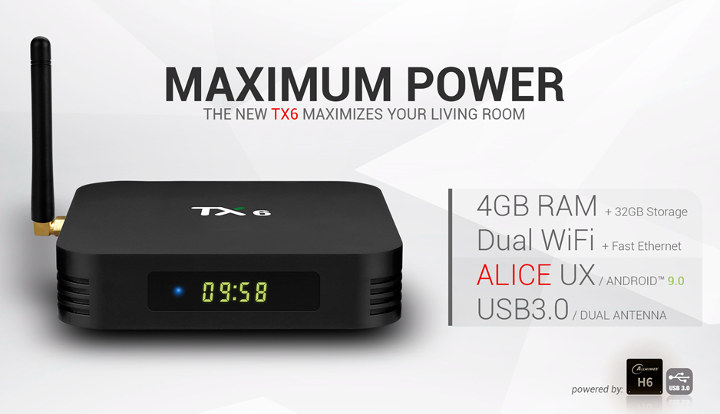 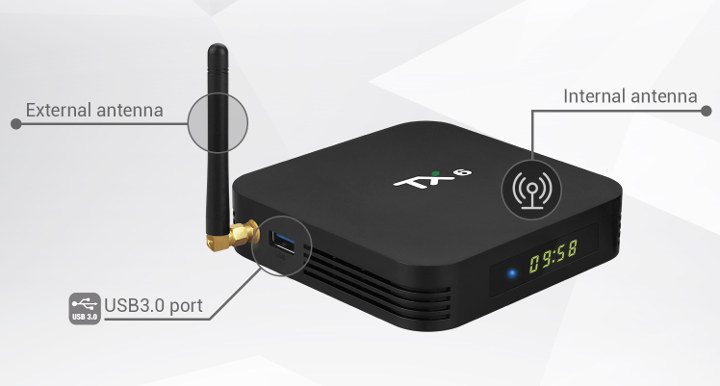 The TV box ships with an IR remote control, an HDMI cable, a power adapter, and a user manual. The updated Android 9.0 is combining with the existing ALICE UX launcher.