Inforce Computing has launched yet another Snapdragon-based single board computer with their Inforce 6560 SBC powered by Qualcomm Snapdragon 660 processor with stereoscopic depth sensing and deep learning capabilities made possible thanks to three MIPI camera connectors. 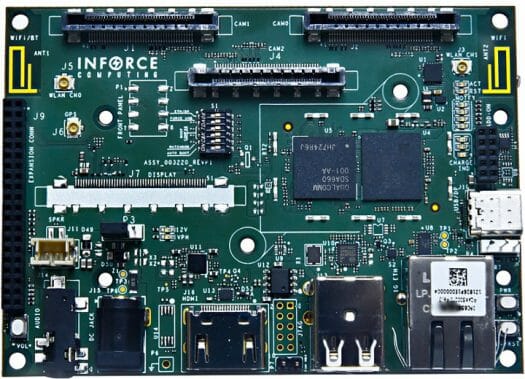 You can see the MIPI DSI connector is not populated in the top photo because it’s an option, just like Gigabit Ethernet, the sensors, and other parts highlighted in green in the block diagram above.

The company provides an Android 8.1 (OREO) BSP for the board, as well as various Qualcomm SDKs including the Snapdragon Neural Processing Engine SDK with support for network models trained in Caffe/Caffe2, ONNX, or TensorFlow, the FastCV SDK for facial recognition, the Hexagon SDK to accelerated audio, imaging, embedded vision, and heterogeneous computing, the Adreno SDK, and the Heterogeneous Compute SDK (previously Symphony) that distributes workloads to the best suites CPU, GPU or DSP cores. A Debian Linux OS BSP is also coming later this year. 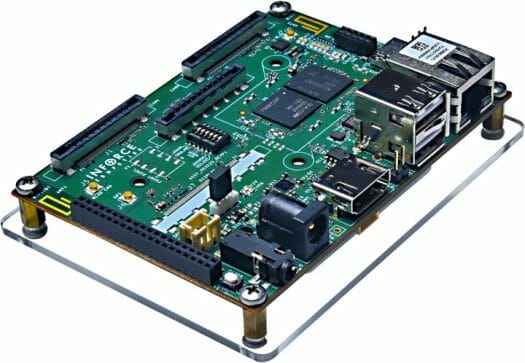 Inforce 6560 single board computer can be purchased for $220 with the board only, or $228 for the starter kit that adds a power adapter, a USB-C cable and acrylic standoffs. Documentation and ordering options can all be found on the product page.