Many systems-on-module are equipped with one Gigabit Ethernet transceiver / PHY, but NXP LS1028A powered Kontron SMARC-sAL28 SoM is equipped with two Gigabit Ethernet PHY, and can optionally support up to 5 TSN-capable Gigabit Ethernet ports directly from the controller thanks one PCIe line that can be used as a QSGMII (Quad Serial Gigabit Media Independent Interface) port. Furthermore, the module comes with up to 4GB non-ECC or ECC memory. 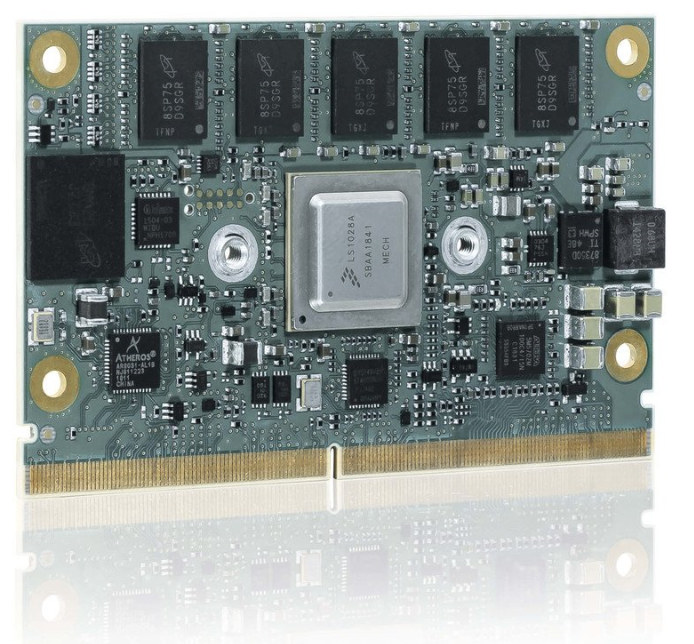 But let’s go back to Kontron SMARC-sAL28 system-on-module with the hardware specifications:

The company will provide a Linux + U-boot image built with the Yocto Project for the module. The board is said to be ideally suited for use in industrial IoT or industrial 4.0 systems based on Ethernet protocol standards.

Kontron did reveal any information about a carrier board for the SoM, but since it’s a SMARC module, it should work with any of the SMARC 2.0 carrier boards on the market including the one from the company. Having said that, it would make sense to come up with a new carrier board to leverage the 5 TSN-capable Gigabit Ethernet ports available from the module.

Kontron SMARC-sAL28 is still shown as coming soon, but eventually more details should surface on the product page.