Most Intel mini PC ships with Windows 10, so when we see models shipping with a Linux distribution such as Ubuntu we like to point those out. Recently we covered MINIX NEO-Z83-4U Ubuntu 18.04 mini PC that comes in a well designed and passively cooled enclosure, but also a relatively underpowered Intel Atom x5 processor, and geared towards business use cases such as digital signage player or thin client.

KODLIX GN41 is another Ubuntu mini PC that would make a decent entry-level desktop thanks to an Intel Celeron N4100 Gemini Lake processor, 8GB RAM, and 64GB eMMC flash that can be complemented with your own 2.5″ hard drive or SSD. 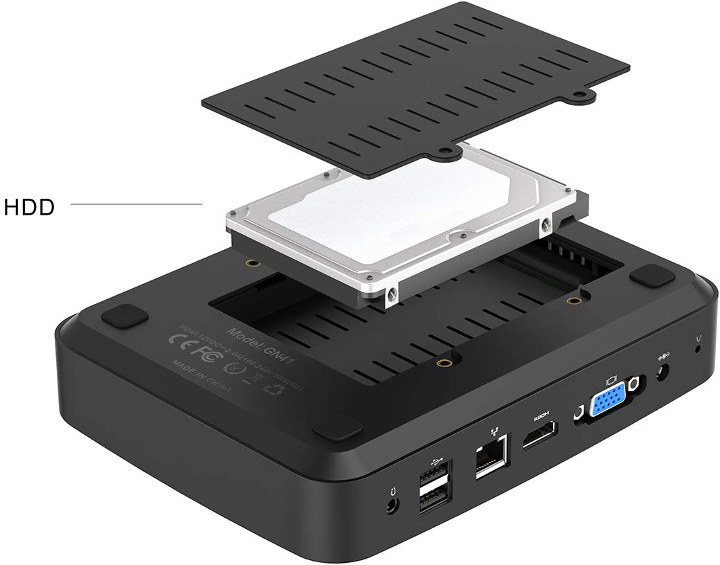 If the hardware feels familiar, that’s because we already featured KODLIX mini PC last year as it was showcased at the Hong Kong Electronics Fair. Another good news is that the RAM should be upgradeable with two SO-DIMM slots allowing for up to 16GB in total.