Introduced in 2016, MINIX NEO Z83-4 was an Intel Cherry Trail Windows 10 (Home) mini PC powered by Intel Atom x5-Z8300 processor coupled with 4GB RAM and 32GB flash, which was followed by MINIX NEO Z83-4 Pro the next year with basically the same hardware specifications but based on Atom X5-Z8350 processor running Windows 10 Pro instead.

The company has now launched another version with MINIX NEO Z83-4U model that comes with 64GB storage, and more importantly comes pre-loaded with Ubuntu 18.04, a rarity in today’s low power mini PC world. 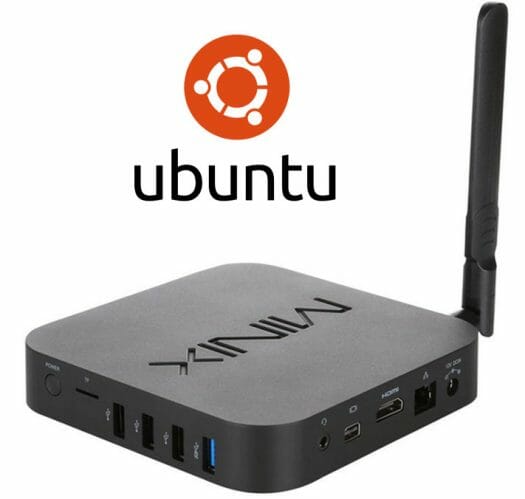 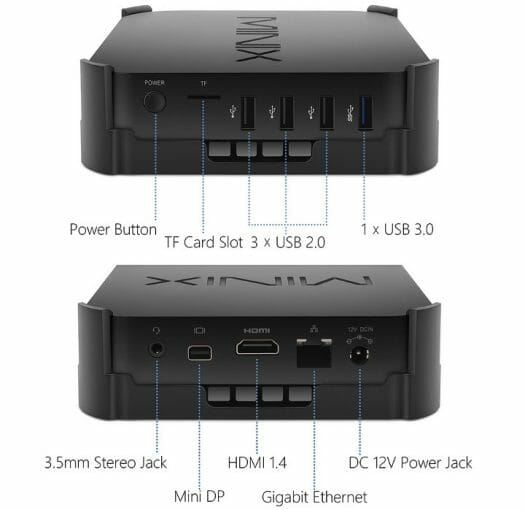 The mini PC ships with a WiFi antenna, a power adapter, an HDMI cable, a VESA mount, and a User Manual in English. I’ve been told the Ubuntu 18.04.1 image was made in collaboration with Ian Morrison (Linuxium) who published several mini PC reviews, and has made some good work helping to create Linux images that work on Intel entry-level mini PCs.

The company promotes MINIX NEO Z83-4U mini PC for commercial applications such as Digital Signage, POS and Thin Clients. The official launch will be on March 4th, 2019, but the mini PC is already sold on GeekBuying and Aliexpress for under $180, and you’ll also find out a cheaper MINIX NEO Z83-2U model with 2GB RAM instead in the same links.

Funny times. Instead of Gemini Lake thingies that are twice as fast new devices in 2019 with old Z8350 instead. Maybe related to Intel’s shortage of Gemini Lake SoCs or everything low-end?

Most probably I miss something… ah, maybe the NEO Z83-4U only indicating that the box comes pre-installed with Ubuntu?

>Maybe related to Intel’s shortage of Gemini Lake SoCs or everything low-end?

My guess would be they either already had parts they need to use up or they got a good deal on someone else’s left overs.

Unfortunately AMD is not picking up the slack. Ryzen Zen architecture scales extremely well but not so much to the lower ranks. The Ryzen embedded looks like a very interesting product but it’s hardly appearing in the market. Perhaps price is too high? The Z8350 is very, very cheap, also compared to the newer Gemini Lakes (if you could buy them…)

AMD doesn’t have anything this entry level or low power, at least not yet.
This is the closest they have, but they’re expensive https://www.amd.com/en/products/embedded-ryzen-v1000-series

The only thing of any relevance in this post is that they are releasing it with Ubuntu already setup to support all the hardware. The price of this is of no actuall consequence as there have been 4GB Ram, 64GB eMMc , Intel Atom x5-Z8350 “Cherry Trail” machines going on Amazon for $160 USD (Prime 2 day shipping) and lower . I am not sure its worth ~$20 to just have an already installed Ubuntu, especially since, if it was me, I would end up reloading it my self to verify no weird backdoors or other shady stuff in their… Read more »