AI inference used to happen exclusively in powerful servers hosted in the cloud, but in recent years great efforts have been made to move inference at the edge, usually meaning on-device, due to much lower latency, and improved privacy.

On-device inference works, but obviously, performance is limited, and on battery-operated devices, one also has to consider power consumption. So for some applications, it makes sense to have a local server with much more processing power than devices, and lower latency than the cloud. That’s exactly the use case SolidRun Janux GS31 Edge AI inference server is trying to target using several NXP processors combined with up to 128 Gyrfalcon Lightspeeur SPR2803 AI accelerators 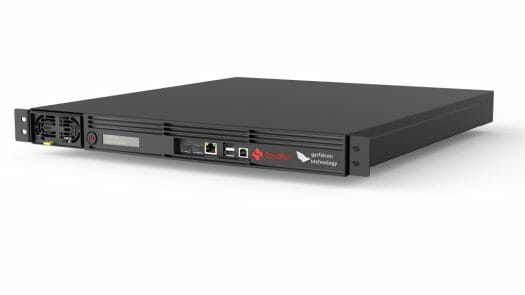 If we look at the block diagram above, we can see the server includes up to four “Snowball” modules, each with eight NXP i.MX8M processors, 32 Gyrfalcon AI accelerator and one PolarFire MPF200T FPGA connected over a PCIe switch.

SolidRun claims Janux GS31 achieves three times the performance of other devices on the market, for half the cost, half the size, and half the power consumption. But they did not provide any numbers for comparison at this point in time.

The company did not provide availability nor pricing information about the server, but if interested, you can contact them via the product page which has limited information at the time of writing.

Solidrun Janux GS31 has just been officially launched, but no public pricing is available.