F&S Elektronik Systeme has announced the development of the smallest i.MX 8M based CoM yet: the PicoCore MX8MN Nano. Previously we had reported on the Congatec Conga-SMX8 Nano which was a fairly small CoM compliant with SMARC 2.0 standard. 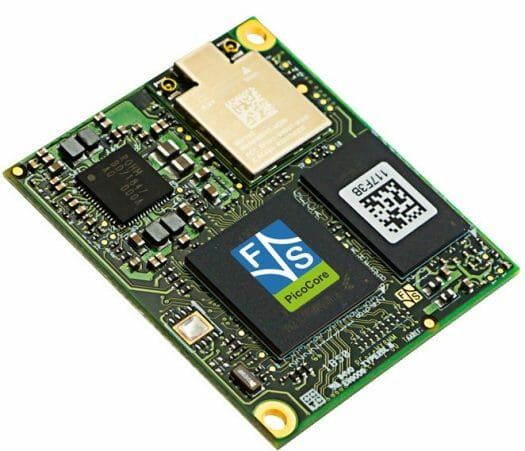 The PicoCore MX8MN Nano is very similar in structure to the PicoCore MX8MM Mini CoM, but with a different i.MX 8M Mini processor featuring the same Arm Cortex-A53 cores, but the Cortex M4 real-time core is changed to a more powerful Cortex-M7 core in the MX8MN Nano.

The MX8MN Nano has no photo on the product page yet, but LinuxGizmos has reported on the company’s announcement of the PicoCore MX8MN Nano.

The debut is set for Q2 of this year, and although the company has provided a picture, it seems identical to the PicoCore MX8MM Min.  The product page does list some of the features and options. 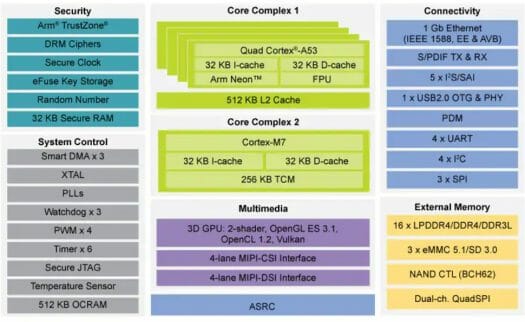 Here are the specifications so far –

No pricing yet, or formal launch date, but the company is saying there will be a delivery date in Q2 of this year.

If interested in i.MX 8M Nano modules, you may want to read some of our previous coverage including modules from Variscite and iWave Systems. While PicoCore MX8MN Nano is the smallest i.MX 8M Nano CoM we’ve seen so far, Kontron NXP i.MX 8M Mini is even smaller at 30x30mm, and the company may eventually provide a Nano version.