The other day when I covered Amlogic A113L IoT/Smart audio processor, I did not realize I missed another processor from the company: Amlogic S805Y.

It got brought to my attention today, as SDMC recently launched the “DV9038 Quad Core 2K Google Android TV Media Box” based on the processor that I initially thought was a cost-down version of Amlogic S805X Full HD SoC without Ethernet support since that’s the main difference between S905X2 and S905Y2 processors, but as we’ll see below my first assumption was wrong. 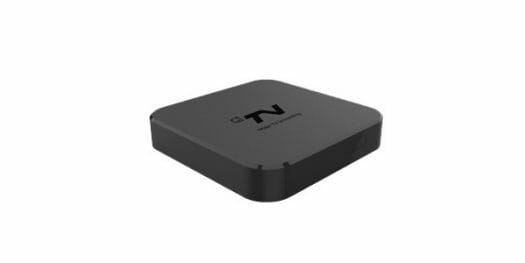 Let’s first check out what the box has to offer: 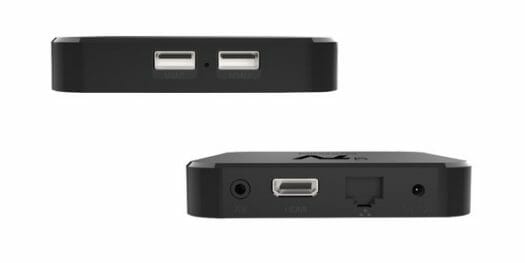 The box supports Android 10 for Android TV, but the company mentions it “requires pre-authorization and/or separate approval for use. Delivery of Netflix device certification to Android TV required”. DV9038 can ship with various accessories depending on customer requirements, but SDMC suggests to get the device with a Bluetooth Voice Remote control, User manual, Power adapter, HDMI cable. More details about the device can be found on the product page. 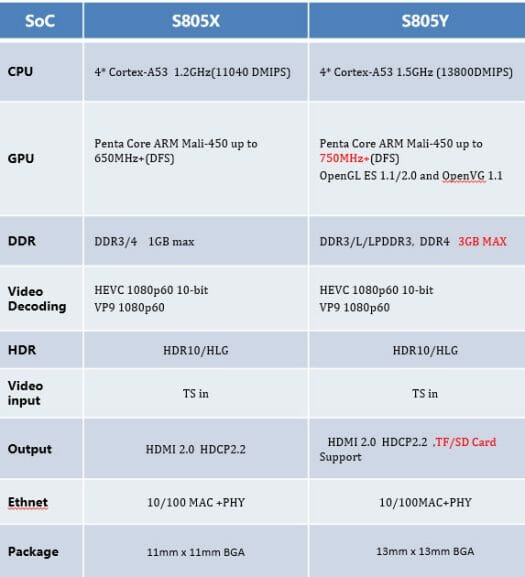 So apparently the GPU should be a little faster due to a higher 750 MHz+ frequency (despite what the TV box specs say), but the most important part is support for different types of memory, and the capability to support up to 3GB RAM instead of just 1GB RAM for S805X. The table above also indicates S805Y supports SD cards, which S805X apparently could not, or at least not without an extra USB controller chip.

And it’s not pin-to-pin compatible.

Some markets are price sensitive enough to require the differentiation.