We previously covered Roqos Core RC10 Intel Atom-based AC router that was offered for only $19 with the catch of having to $17 per month for “advanced cybersecurity and parental control features” for at least a year.

The company is now back with Roqos Core RC20 AC router that adds supports for cellular connectivity including 2GB per month of cellular data, and a focus on security with built-in VPN service so you can connect securely from anywhere, even public WiFi hotspots. 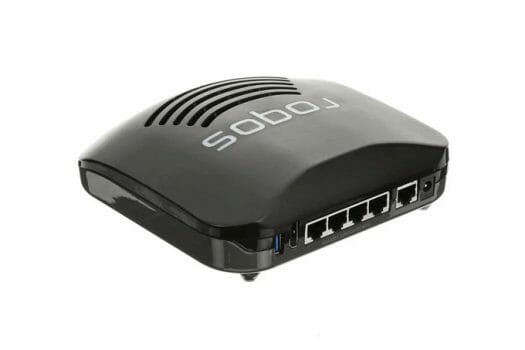 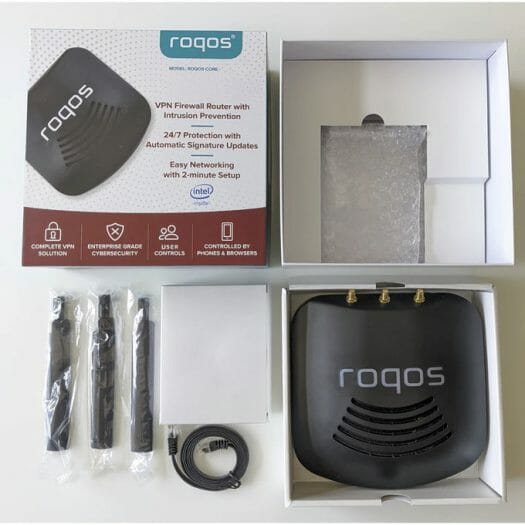 But even more important than the hardware are software features for the router that includes an Intrusion Prevention System (IPS) updated in “real-time”, user controls, VPN service, and always-on-Internet access with cellular fallback included 2GB free data per month.

Roqos Core RC20 router will be particularly useful to people needing always-on connectivity such as a home office, secure connectivity in the go for example in a car or RV (recreation vehicle), and remote access to gates and/or sheds. It may also be a good way to get Internet connectivity in a vacation home without having to sign a contract with your ISP. 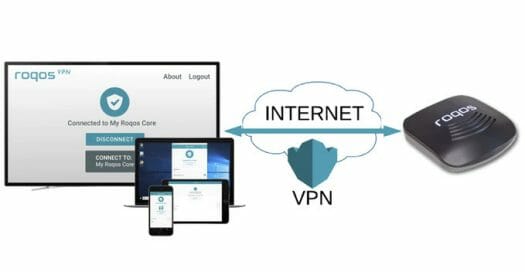 Note you can always get secure Internet connectivity from any hotspot if you install Roqos VPN app available for Android, Apple, Amazon mobile devices, Amazon FireTV, and all Windows & Mac computers and laptops since it transparently creates a VPN tunnel between your WiFi device and Roqos router.

Roqos Core RC20 has been launched via a US-only Kickstarter campaign with a $15,000 funding target. A router will free cellular data and global VPN service will cost a bit, and pledges start at $495 for the router with 1-year Roqos Service, 2GB/month cellular service (USA only), Roqos Global VPN and free shipping in continental US. The retail price will allegedly be $994. The company is also offering a $2,490 lifetime offer which should be pretty cost-efficient if the company survives, as it includes a Lifetime Roqos Service, 2GB/month cellular service (USA only), and Roqos Global VPN as long as the company operates. I also understand the hardware would be replaced for all pledges if it goes bad:

With these design ideas we think RC20 has a long life, which is backed by Roqos’ limited hardware warranty as long as it is covered with active Roqos Service.

I’m not sure what happens if the router dies in 10 years since the device is unlikely to still be manufactured due to OEL parts, but I assume they could always offer their upgraded device as a replacement to a defective unit. Shipping is expected by the end of this month since they already have 100 RC20 routers.

Going forward the company expects to add a few features including managing Roqos cellular routers locally without any cloud connection, WiFi as WAN, WiFi mesh, switching from OpenVPN to the faster WireGuard, and more features leveraging GNSS including geo-fencing, tracking, alert generation, and so on. More details may also be found on the product page.