We’ve covered some Intel Comet Lake mini PC‘s in the past from pretty much unknown brands with products such as XCY X41 and an unnamed Eglobal fanless Comet lake mini PC.

If you feel uncomfortable buying from such companies, GIGABYTE is one option, and there’s now another alternative with ZOTAC ZBOX CI622 Nano barebone, fanless mini PC launched on Amazon for $400with a 15W Intel Core i3-10110U dual-core Comet Lake processor. Alternatively, you could also get the virtually identical ZBOX CI642 Nano for $459.99 with a slightly more powerful Core i5-10210U quad-core processor. 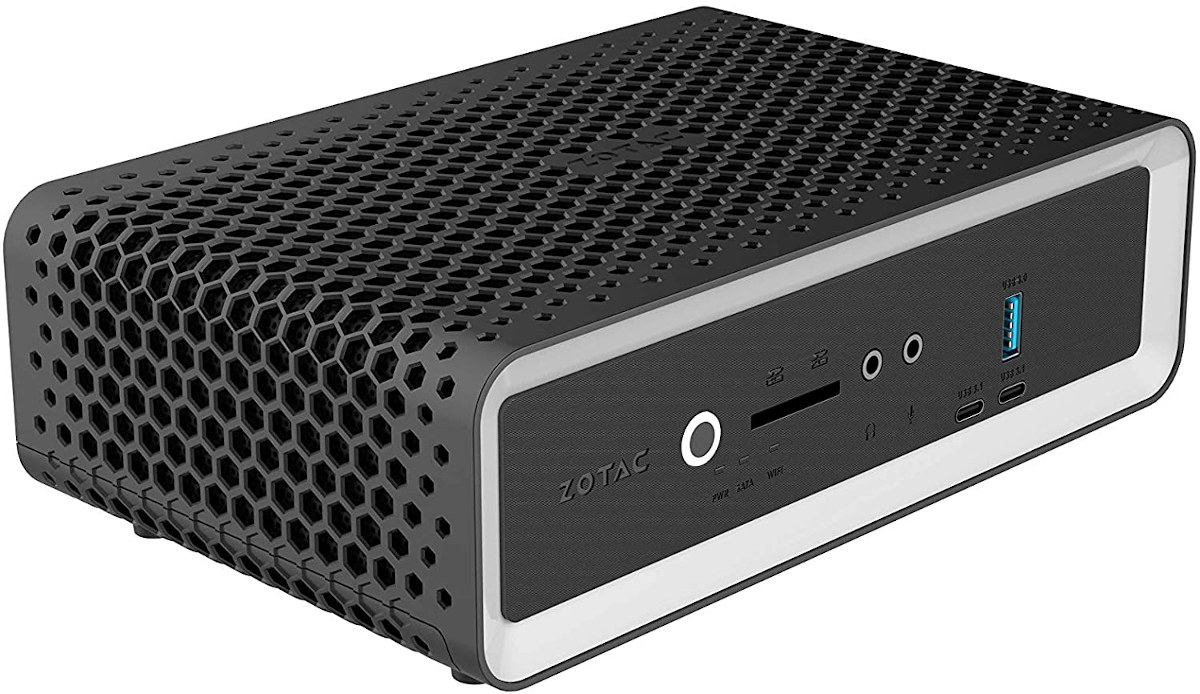 The mini PC ships with a WiFi antenna, a 65W power adapter, a VESA mount,  a USB flash drive with OS drivers, a warranty card, a user manual, and a quick install guide. There’s no OS since the system is barebone meaning you’d have to buy RAM and storage separately, then install your own preferred operating system. The company only lists Windows 10 as being supported, so Linux would have to be tested first.

If an Intel Core-i3 or Core-i5 processor does not cut it, the company also has a model powered by an Intel Core i7-10510U quad-core processor called ZBOX CI662 Nano, but it’s just not yet sold on Amazon. More details can be found on the ZBOX C-series product page.

Via Liliputing and FanlessTech