There have been attempts to create modular computers and smartphones to reduce electronics waste and improve user-serviceability over the years with initiatives and products like Google Project Ara, PinePhone and Fairphone3 smartphones, DevTerm mini computer, Olimex TERES-I laptop, and many more.

Here’s another modular computer project that looks really cool. Pickit modular computer is comprised of an STM32+ESP32 based mainboard with a socket for an optional Raspberry Pi Compute Module 3. The board includes magnets and electrical contacts to snap and hot-plug modules/blocks while the computer is running. 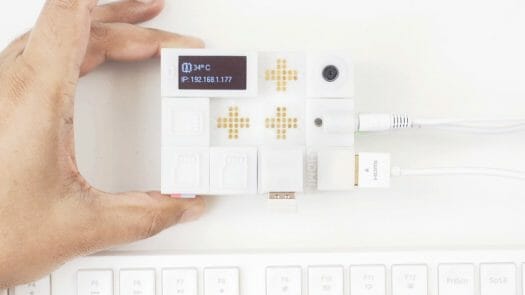 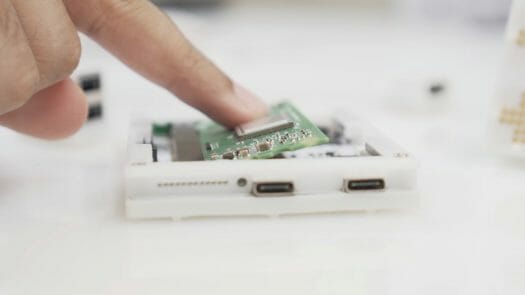 It should be noted that Pockit is likely a registered trademark, and a web search reveals “Pockit is an English financial technology company offering pre-paid spending cards, current accounts, and a range of other pseudo-bank financial services…” So we may expect a name change unless Pockit computer is considered to target a completely different market.

The developer, Anil Reddy (aka Solder_Man), has not provided too many technical details in written form, possibly because the project is still under development, but he does seem to enjoy making videos, and I have to admit his latest video show how cool the whole concept is with new features (HDMI, audio, camera, MicroSD card reader, temperature sensor, mini display…) added on the fly while the computer is running Raspberry Pi OS, and he also converted the system into a battery-powered handheld computer.

It’s unlikely the Pockit trademark would conflict. You can have two different technology products holding the same trademark, so long as a reasonable consumer would not confuse the two goods/services.

Of course, the other company could file an opposition if they wanted to, and a lawsuit if they aren’t happy with the outcome.