I’ve been reviewing a few IP cameras with built-in AI features with Vacom Cam, Reolink RLC-810A, and Annke CZ400 AI security camera which had by far the most advanced features going beyond human detection with luggage monitoring, line crossing-detection, and many more.

Today, I’ve received another model with basic human detection. But Foscam SPC security camera also happens to come with a motion-activated spotlight, and it is the first camera I’ve ever received with support for dual-band WiFi meaning 2.4GHz or 5 GHz WiFi can be used as needed. In the first part of the review, I’ll go through the specs, do an unboxing, and go through teardown photos to check the internals. 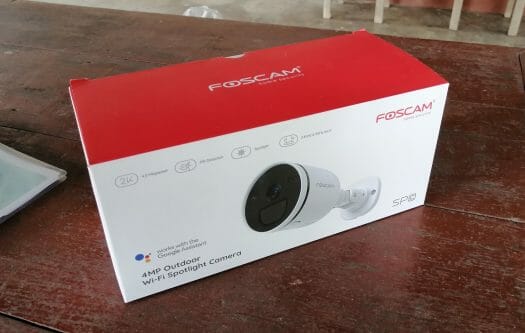 Some of the highlights listed in the user manual and package:

The camera works with Alexa and Google Assistant, and the company provides the Foscam mobile app for Android (2.9/5 review score) or iOS (3.2/5). User reviews are mixed but since it’s for a wide range of cameras, we’ll have to see how it works with this model in particular. If you prefer accessing the camera from a computer, the “Surveillance Software Foscam VMS” works in Windows and Mac OS. The user manual only mentions ONVIF configuration in the desktop program, not the mobile app. So it may be a pain to enable for Linux users.

Let’s now take out all items from the package. 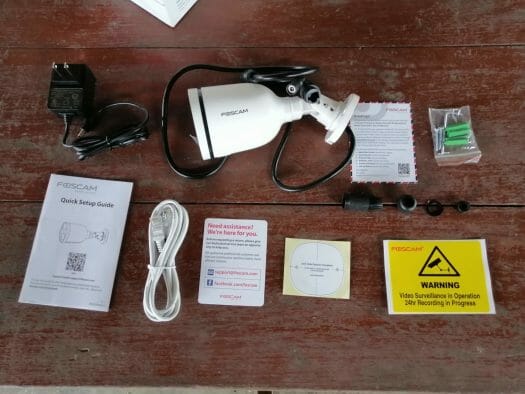 We have a 12V/1A power supply, the spotlight camera itself attached to a mount with a cable for power and Ethernet, an Ethernet cable plus associated waterproof kit, a mounting kit with screws and dowels, a Quick Start Guide in English, and some stickers. 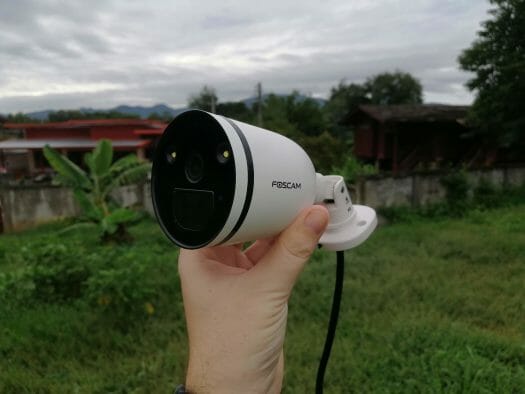 Looking at the camera itself we’ll find a microphone hole, two spotlights (white LEDs), two IR LEDs, the camera lens, and a PIR motion sensor at the front, while on the bottom we can see a speaker grid, as well as a reset button and a MicroSD card slot. 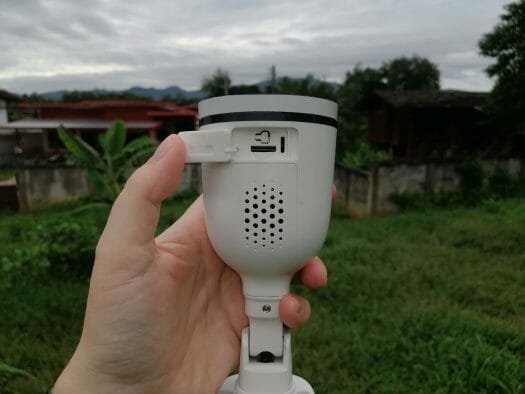 I don’t have my tools with me right now, and I usually don’t usually feel comfortable opening a waterproof device. But looking at the FCC ID (ZDES41) allowed me to find internal photos directly from the FCC website, which can show us how to open Foscam SPC and find out more about the hardware design. 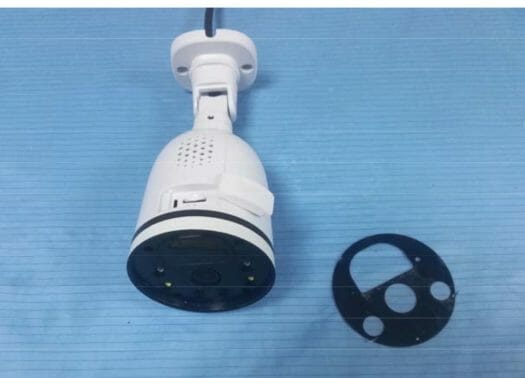 In order to open the camera, we’d have to unglue the top cover, and loosen four screws to access the boards inside. 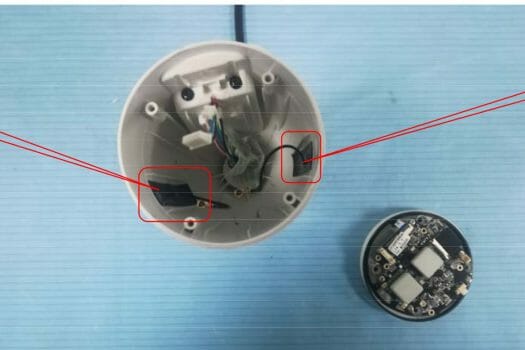 There are two antennas attached to the enclosure, I suppose for 2.4 GHz and 5 GHz frequencies. The FCC photos also show the camera lens and PIR sensor. 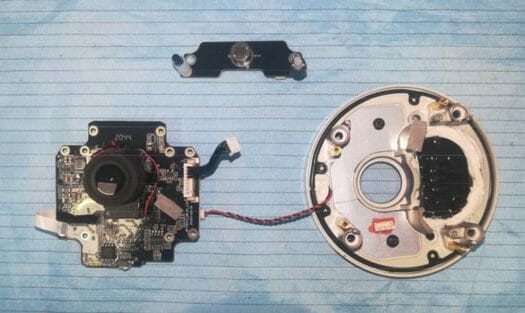 But since everything is pretty blurry, there’s no much we can learn here. What’s more interesting is the photo with the processor and WiFi module. 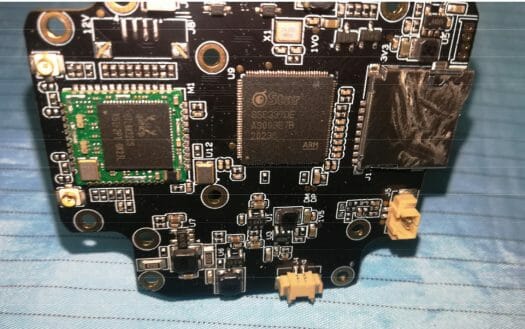 The board is based on one of the newer Sigmastar SSC33x processors, specifically SSC337DE Cortex-A7 processor with 128MB embedded memory,  support for 1080p60/5MP cameras, but no AI accelerator. So any human detection algorithm should run on the CPU. I can also see a camera solution with SSC337DE camera and SC4320 4MP camera on Unifore website which may be what we have here. As explained in our previous article, SSC377D is pin-to-pin compatible with Hisilicon Hi3516EV300, so the new Sigmastar processor may be a way to avoid sanctions without having to fully redesign a camera board.

That’s all for today. I’ll have to find a location to install the camera, and then I’ll review it with the Android app.

I’d like to thank Foscam for sending SPC WiFi spotlight camera for review. If you are interested it can be purchased for $89.99 or less with SPC coupon on their store or Amazon.