Tang Nano 9K FPGA is the third board from Sipeed based on GOWIN FPGA following the original Tang Nano board with 1K LUT and Tang Nano 4K launched last year with GW1NSR-LV4C (aka GW1NSR-4C) FPGA offering 4068 logical units and 64 Mbit PSRAM, plus an Arm Cortex-M3 hard processor.

As its name implies, the new board comes with 9K LUTs, as well as 64 Mbit PSRAM, 32 Mbit Flash, a micro SD card, and video I/O (HDMI, RGB LCD connector) that makes it suitable to run Verilog HDL code emulating a PicoRV32 RISC-V soft-core with all peripherals. 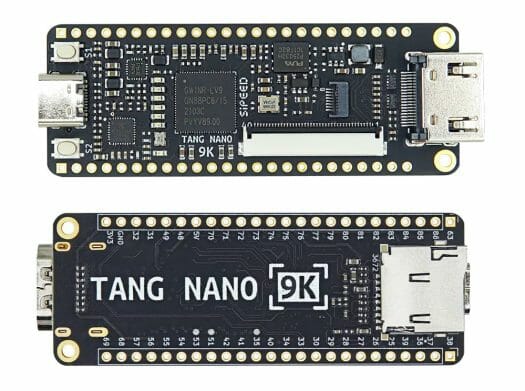 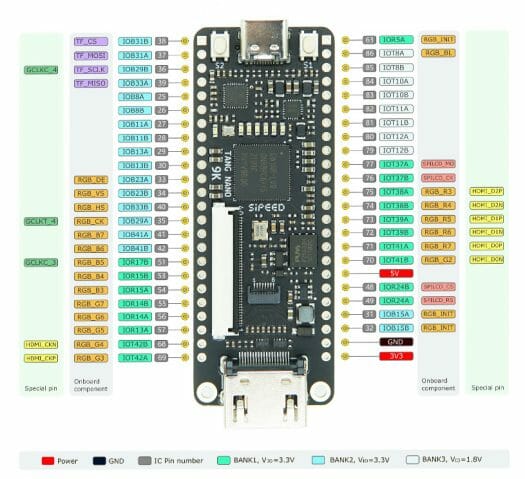 Like other Tang Nano boards, the Tang Nano 9K FPGA board can be programmed with GOWIN IDE. While the documentation is currently only available in Chinese (English is coming soon), you’ll find a sample for the RGB and HDMI video outputs on Github, and Martoni’s HDMI interface for GameBoy DMG is apparently working on the board as well.

The comparison table below shows the difference between the three versions of  Tang Nano boards. 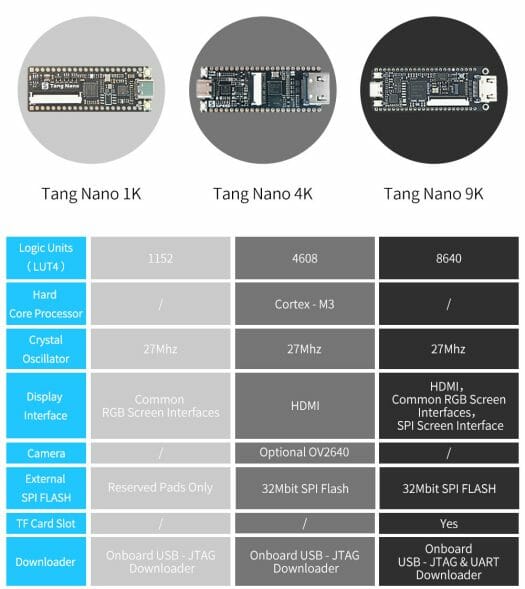 Tango Nano 9K loses the Cortex-M3 core and support for the OV2640camera, but gains a MicroSD card, more display interfaces, a more complete debugger, and obviously extra logical units. If you wonder what you can do with the extra LUTs, the table below provides a starting point as GOWIN G1NR FPGAs can be used to run PicoRV32 soft core. 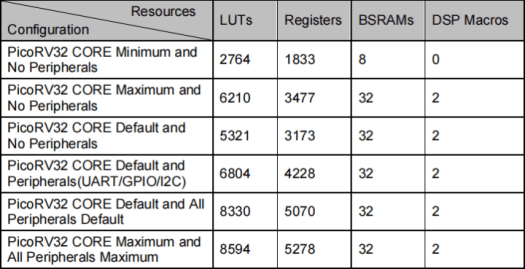 Sipeed is selling Tang Nano 9K board on Aliexpress for $14.99 and up depending on the options, as there are four kits with displays from 1.14-inch to 7-inch. 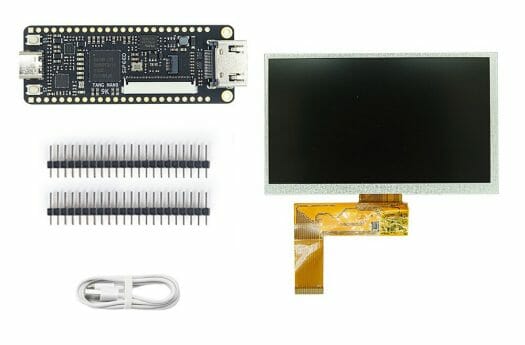 What exactly can be done with picotiny? Didn’t really understand the info on github

Can these chips be purchased anywhere for a reasonable price (maybe sipeed sells them) ? On mouser they are double the cost of this dev kit…

I’m actually digging the concept, its great to break Xilinx/Altera duopoly, but of course it looks very much like something to use to teach kids or students, nothing serious, very slow + wimpy. Again, which is fine for a first pass. Idk what documentation+IDE looks like, I’d worry there. Low bar also leaves room for copycats, which i’d welcome. C:

It could be nice to have 5V tolerant I/O in order to interface it to old hardware.