Tall Dog Electronics’ TinyNES (Tiny Nostalgia Evocation Square) is an open-source hardware game console compatible with NES cartridges and featuring the original MOS 6502-based Ricoh RP2A03 CPU (central processing unit) and the Ricoh RP2C02 PPU (picture processing unit) found in the Nintendo NES, although clones may be also used in the future due to the lack of availability.

Designed to offer the same experience as the original Nintendo NES, the console comes with two NES controller ports, a cartridge slot, RCA video composite and mono audio outputs, and all electronics is housed in an FR-4 enclosure, the same material used for most PCBs. 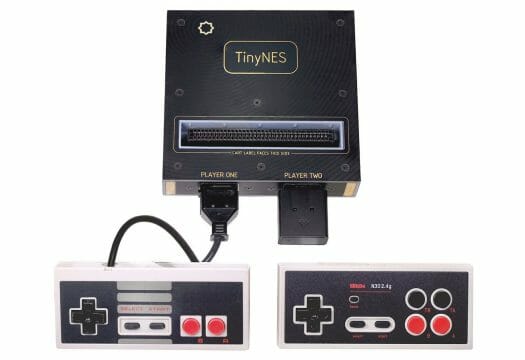 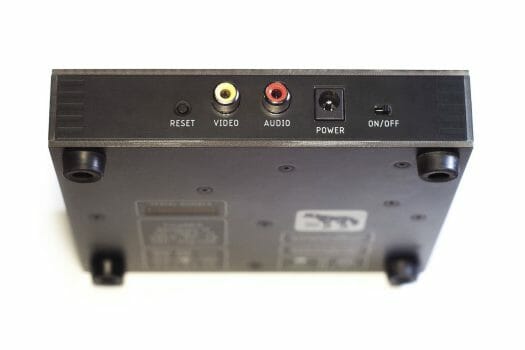 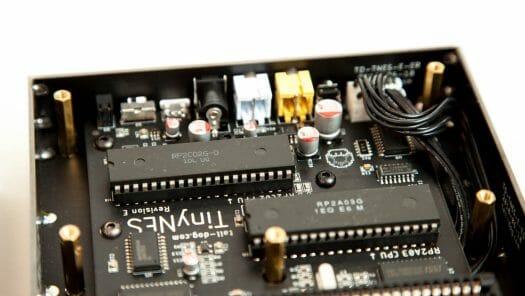 There are other NES compatible consoles around, but those are based on FPGA or NOAC (NES-on-a-chip) solutions, while TinyNES is the only NES-compatible device I’ve seen with the exact same chips used in the original NES from Nintendo.

TinyNES will also be fully open-source hardware with the design files (mechanical, schematics, etc…) to be released under the CC BY-SA 4.0 (Creative Commons Attribution-ShareAlike 4.0 International) license allowing people to create their own designs, including for commercial projects, as long as the project is released under the same license and credit is given to earlier work.

TinyNES does not attempt to add any new features, and its main goal is to let users play NES games as if they were using an original Nintendo system. It’s not without benefit compared to the original through, as it’s more compact, consumes less power, and is mostly built with modern components.

Tall Dog Electronics has launched the project on Crowd Supply a few weeks ago and raised close to $50,000 so far. One TinyNES game console with a wall power adapter, one power cable, and one dual RCA cable, goes for $199 with the original Ricoh chips, or $179 with the UMC clones. The 8BitDo N30 2.4g wireless controller is sold separately if you need it for $25. Shipping adds $8 to the US, and $18 to the rest of the world, and deliveries are scheduled to start by the end of May 2022.

Great. Now all I need is a CRT TV from the dump and I can party like it’s 1989 🥳.
Seriously I understand nostalgia but maybe just use a good emulator and put the effort and resources into something more useful.

I’m not sure I get this either. I thought all of the NES purists that don’t want complete FPGA implementations just want a PPU that can output RGB without having the palette issues that the PPU for the arcade machines had..

If the NES had issues with caps leaking and destroying the PCB this would make sense as you would be able to take the components from a leakage damaged NES and transplant them but AFAIK the NES doesn’t have that issue.

I want to be more news