MediaTek Dimensity 8000/8100 Arm Cortex-A78 processors for 5G premium smartphones bring many of the features of the flagship Dimensity 9000 Armv9 processor announced last December, but at a more affordable price point.

Designed for gamers, the Dimensity 8100 integrates four Arm Cortex-A78 cores with speeds reaching 2.85GHz instead of 2.75GHz for the Dimenssity 8000, and boosts GPU and AI engine’s frequencies to 20% and 25% respectively. 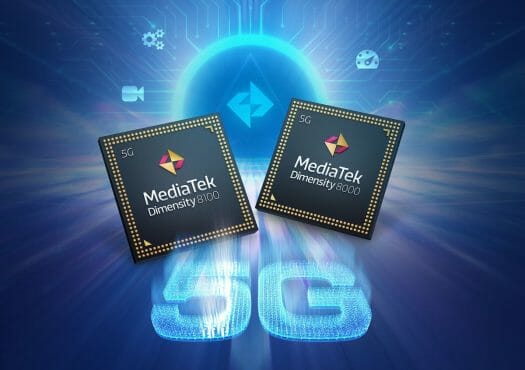 There’s nothing very useful on the relevant page on the MediaTek website, which probably means it’s only open to device makers, and it’s not some open-source code or open API that could be adapted by any developers.

The first 5G smartphone based on Dimensity 8000/8100 are expected in Q1 2022, which should mean this month. You may find more information on the product pages or/and the press release.

I like both these Mediatek chipsets and they seem to have a pretty good CPU. Good camera and other specs as well.

It is hilarious to think that all the nice improvements we have been experiencing in ARM have Android as a target. It’s like to improve electric cars a lot for only using them as police cars, totally useless.

Why don’t they learn that the future of the plataform comes when anything can be installed into the devices using them, and drivers for those devices are open source. Until then, any release and improvement for ARM is just foam and bubbles.

> It’s like to improve electric cars a lot for only using them as police cars.

It’s exactly the other way around. From all the improvements in ARM designs almost all cars benefit (iOS, macOS, Android, even Windows), just not those few Linux cars. 😉

> Why don’t they learn that the future of the plataform comes when anything can be installed into the devices using them, and drivers for those devices are open source

Another Mediatek device that looks great on paper but will join the graveyard of abandoned Mediatek devices in a year or so once their closed source drivers and binary blobs no longer work.