While the Raspberry Pi Compute Module 4 is basically unobtanium, companies keep introducing products based on the Arm system-on-module, and Waveshare CM4-IO-POE-4G-Box is a complete system designed for industrial IoT applications with CAN Bus, RS232 and RS485 interfaces, Ethernet with PoE support, plus optional support for 2G to 5G cellular connectivity. 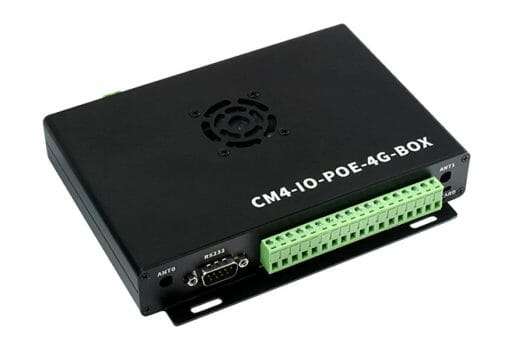 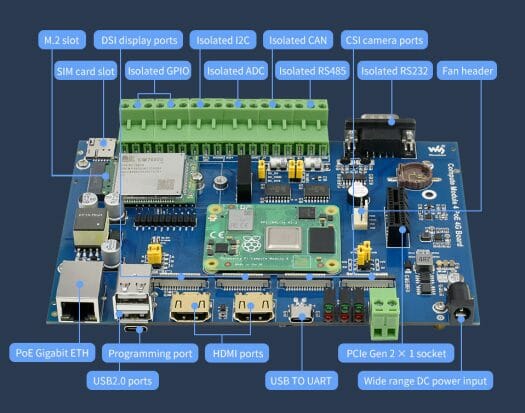 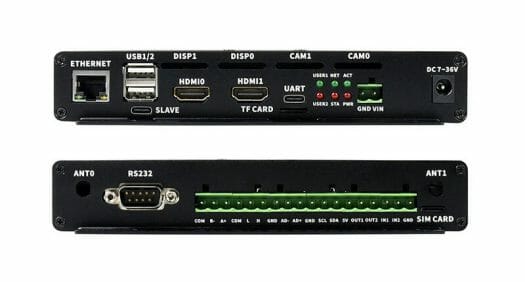 The carrier board is available standalone, or as part of a mini PC kit (CM4-IO-POE-4G-Box) with a metal case, a 5000rpm cooling fan, a  12V/2A power adapter, as well as a screwdriver and screws for assembly. The 4G or 5G module and antennas come as options. It appears the Raspberry Pi Compute Module 4 is never included and needs to be purchased separately, good luck with that!

Waveshare recommends the installation of Raspberry Pi OS downloaded directly from the Raspberry Pi website and provides demos and instructions for all interfaces in the Wiki. Note the download link for the demo code can be found at the bottom of the Wiki.

I initially found CM4-IO-POE-4G-Box on Banggood for $99, but it’s also available on Amazon and Waveshare’s online store with the option to select the 4G module. 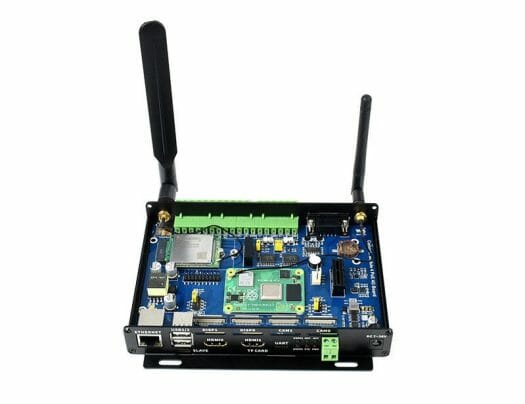 yeah, CM4 modules are always out-of-stock – https://rpilocator.com/ – only available in Switzerland (probably because they don’t ship outside the country)