The Raspberry Pi Computer Module 4 (CM4) may have been introduced in October, but that does not mean people have stopped all development on Raspberry Pi CM3/CM3+ hardware, and Waveshare has just launched a carrier board for the module with PoE support and a 4G LTE modem namely Simcom SIM7600G-H module with 3G and 2G fallback.

The board also offers Ethernet and WiFi connectivity, HDMI and MIPI CSI/DSI video interfaces, multiple USB ports, as well as isolated CAN bus, RS485, RS232, and other I/Os for industrial applications. 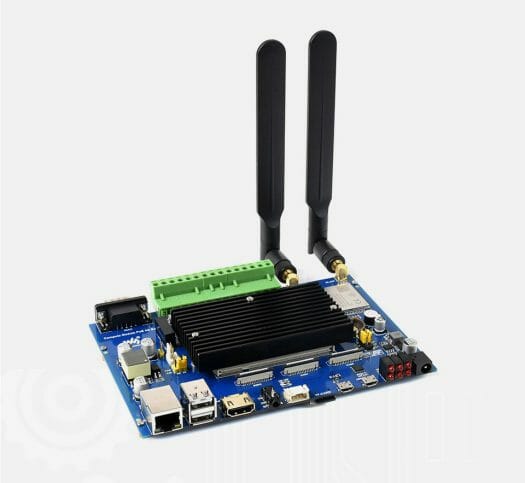 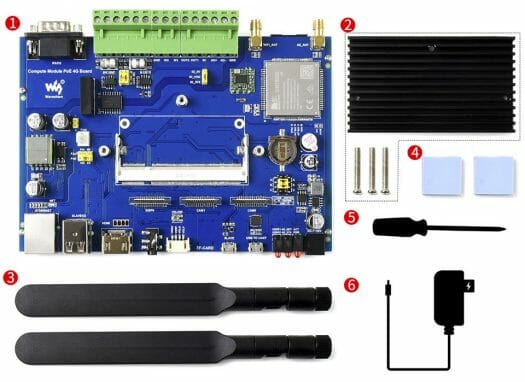 The carrier board ships with an aluminum alloy heatsink and corresponding screws, two antennas for 4G and WiFi, two thermal pads, a screwdriver, and a 12V/2A power adapter.

The Wiki has some hardware information, and it looks like the company also designed an enclosure, but it’s not clear whether it’s available right now. The new board and enclosure seem to be an evolution of the company’s earlier Compute Module PoE Board with the addition of the 4G LTE modem and isolated industrial interfaces. 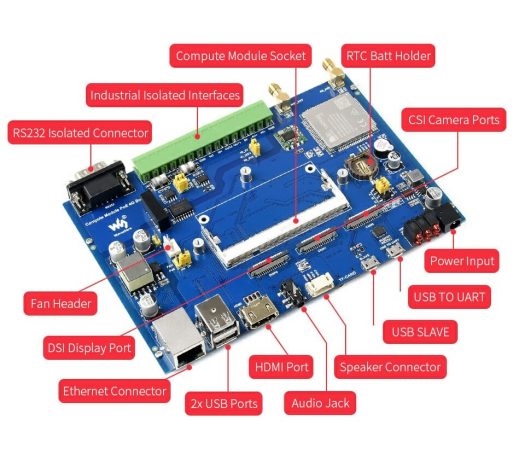 I like the idea of these boards, I just wish they were not 5x+ the cost of the compute modules they are based on. At that price I might as well go for a purpose build system that has 4g

After having seen/priced those purpose builts…most of them have been trending to this price or more with the costs of CM3 included. I’m not quite sure where you’re looking, but…this is honestly not all that bad.

To the people commenting on “too expensive” for this stuff…you’ve gotten SPOILED on getting “cheap” boards. This is an industrial range part. At $115-145 it’s actually…heh…a bit cheap. I’m used to seeing 600 or so for a board like this one. (Seriously…)