DevTerm modular, portable Linux terminal initially designed for modules based on Raspberry Pi CM3 form factor, can now work with Raspberry Pi CM4 for extra performance and memory thanks to a $19  adapter.

The Devterm was initially launched in 2020 with a 6.8-inch IPS screen, a keyboard with 67 keys, and a battery module, all connected through the ClockworkPi v3.14 carrier board taking a choice of core modules based on Allwinner H6 or Rockchip RK3399 (now supported in Armbian), besides the Raspberry Pi Compute Module 3 mentioned above. More recently, it also got an Allwinner D1 RISC-V module. 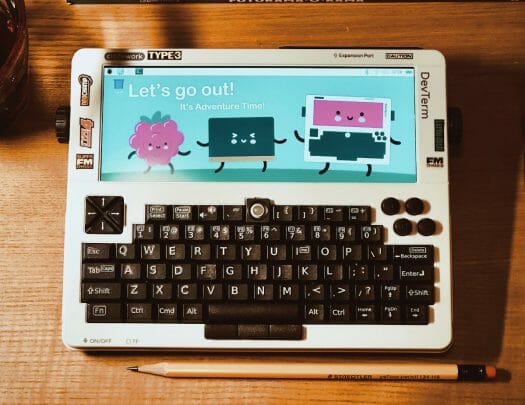 The Raspberry Pi CM4 module should bring performance similar to the Rockchip RK3399 module for most tasks, although it may vary a lot depending on workloads, and for regular Raspberry Pi users, software that will be more familiar, and may be better supported.

I’ve just a bit surprised it took so long, as this type of Raspberry Pi CM4 to CM3 adapter was introduced as soon as Raspberry Pi Compute Module 4 was announced in October 2020. 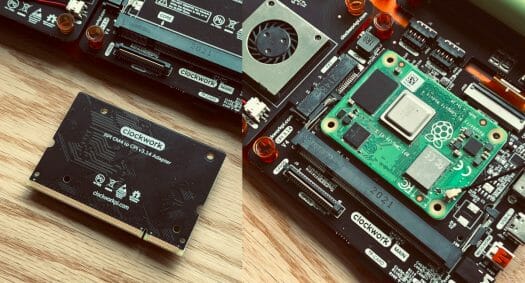 Maybe that’s because there are some caveats:

The adapter with a WiFi antenna and ultra-thin heatsink set can be purchased for $19 plus shipping on ClockWorkPi website, or alternatively, you could purchase a DevTerm kit for $238 with everything you need minus the Raspberry Pi CM4. The most tricky part may be finding a Raspberry Pi Compute Module 4 for sale…