But instead of coming in the ultra-compact 30×30 mm OSM Size S form factor, the new MSMP1 complies with the larger 45x30mm OSM Size M form factor with a total of 476 contacts to allow for more I/Os. The SiP also integrates 512 MB to 4 GB DDR3L RAM, and 4 to 64 GB eMMC flash. 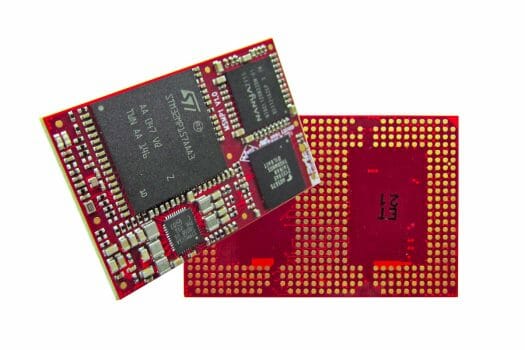 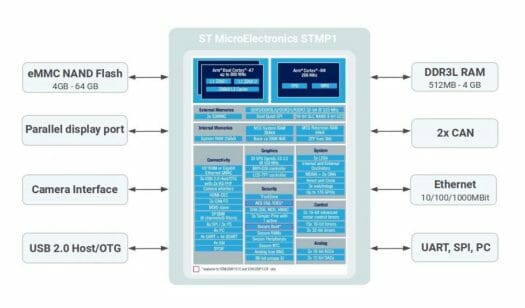 Despite its small size, Andreas Widder, Managing Director of ARIES Embedded, says that “almost all functions of the CPU are available on the small board measuring only 30 by 45 mm”, and the module “features low power consumption, small form factor, and competitive cost”. The MSMP1 is expected to be found in IoT applications, medical equipment, and industrial systems.

The company did not provide information about the software, but the STM32MP1 chip can usually run Linux or Android operating systems. The OSM Size-L form factor is small at 45x30mm, but it’s not the smallest STM32MP1 module we’ve come across so far, since the MYiR MYC-YA15XC-T STM32MP1 module measures just 39 x 37mm, but only offers 148 pins through castellated holes. It’s worth noting many of the 476 contacts from the OSM standard are not used, since interfaces such as PCIe, UFS, and some USB interfaces are simply left unconnected since not available on the STM32MP1 microprocessor.

ARIES Embedded plans to make samples of the MSMP1 SiP available in Q3 2022, before starting mass production in the fourth quarter. More information may be found on the product page.

It’s probably a typo but 45x30mm is actually size M.