But if somehow, you’d like to have the guts of the Pi Zero 2 W into CM3 module form factor, Waveshare has designed the Zero-to-CM3 adapter for the Raspberry Pi Zero 2 W that should be compatible with most carrier boards designed for Raspberry Pi CM3 or CM3+. 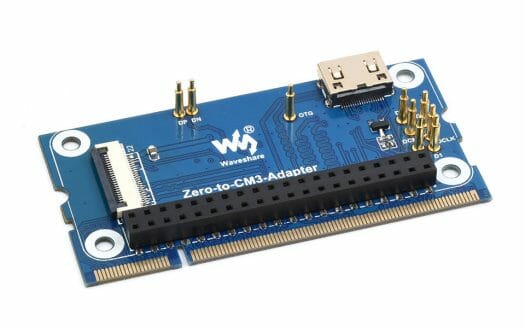 As you can see, it is also using pogo pins to connect to the test points on the Raspberry Pi Zero 2 W board in order to route the USB, USB OTG, and SD card signals, so it will not work on older Pi Zero boards since the test points are in different locations. It’s not quite as neat as the Raspberry Pi CM3E module, since it’s thicker, and requires an HDMI to HDMI adapter, as well as a flat cable for people wanting to use the camera. 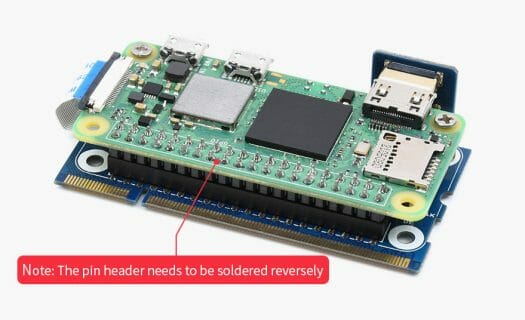 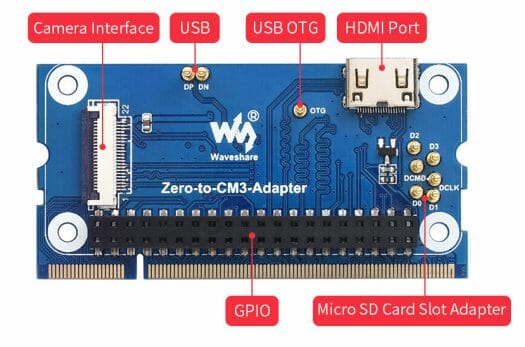 The main advantage of using Raspberry Pi Zero 2 W instead of Raspberry Pi Compute Module 3/3+ is the presence of WiFi, and it’s not impossible availability plays a role too. There’s no option for eMMC flash though, and the Pi 2 W only comes with 512MB RAM instead of 1GB for the modules. Also worth pointing out is that the MIPI DSI interfaces and the second CSI interface are not available either with that solution. But for most use cases it should do the job, and Waveshare tested it on their Compute Module PoE board. You’ll find a few more technical details in the wiki. 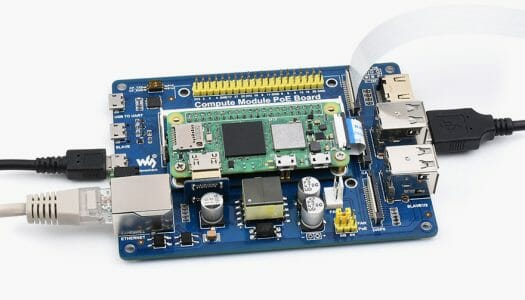 Waveshare sells the Zero-to-CM3 adapter board for $12.99 and less in higher quantities. It includes the HDMI adapter, flat cable for the camera, and a screw pack.

For those times when you want to replace a unicorn board with an even rarer board. Dozens, _dozens_, of these are likely to fly off the shelves. :/

Make no mistake, it’s a cool idea/board and all. It just seems a bit pointless given stock/rarity of compute modules and zero 2 W boards.

It would be great just to be able to buy a zero w. Assholes keep buying all of them up and listing on Amazon for 100+ dollars. I’ve been trying to get one since the release with no luck.