Rockchip RK3568 was initially introduced as a solution for NVRs, but I’ve yet to see any, Instead, we’ve gotten some SBCs and mini PCs, as well as several routers such as NanoPi R5S, FastRhino R68s, and the upcoming Radxa E25 that will be announced next week. 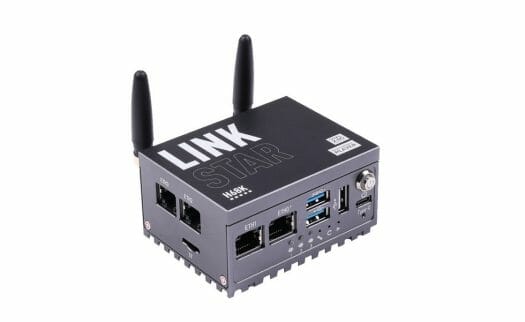 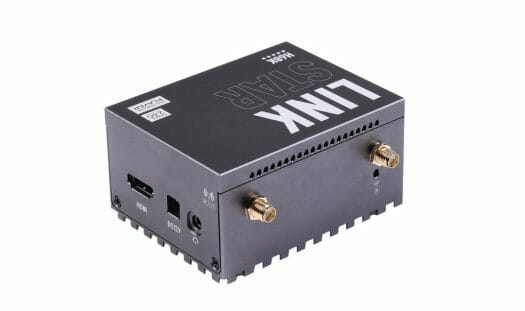 We’re told the “router” ships pre-installed with Android 11 OS and also supports Ubuntu, OpenWrt, and Debian (TBC). Seeed Studio says the current Android and Ubuntu images do not support the MT7921 wireless module, so if you want to use WiFi and/or Bluetooth the only option are to run OpenWrt or Debian operating system or to use a USB dongle.

The company has not released the OS images yet, but the documentation mostly shows instructions for OpenWrt, and the procedure to switch to Ubuntu or Android. It appears the OpenWrt image is a fork whose code is maintained on GitHub where you’ll also find the binary images for a range of Rockchip routers, Amlogic TV boxes, and the ODROID-N2 SBC among others. Applications for the device include VPN router, NAS, game server, digital signage, print server, firewall, and so on.

The screenshot in the documentation should the system is running OpenWrt with Linux 4.19.258, and the device is named HINLINK OPC-H68K.

Seeed Studio is taking pre-orders for the router for $89.00 without the wireless module, and $119 with the WiFi 6 & Bluetooth 5.2 module. For people purchasing from China or in quantities, HINLINK offers the device with a wider range of options including 2 or 4GB RAM, only Gigabit Ethernet ports, and a choice between AP6256 WiFi 5 or MT7921 WiFi 6 modules. 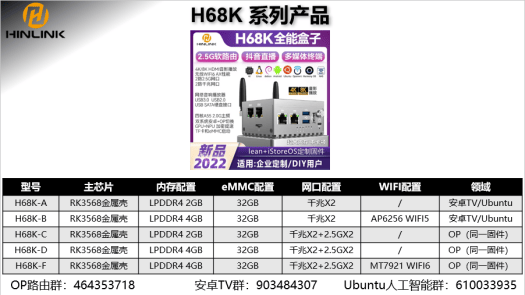 Adorable but too ‘spensive.

Are they trying to pick a fight with Elon? LoL

That’s StarLink you moron, this is LinkStar