Banana Pi BPI-CM4 system-on-module powered by an Amlogic A311D hexa-core Cortex-A73/A53 processor and compatible with the Raspberry Pi CM4  module has now been launched for $95 and up.

Banana Pi introduced the Raspberry Pi CM4 compatible module with Amlogic A311D CPU last May with some 3D renders and specifications, and we expected a launch in Q4 2022 or Q1 2023 at the time. The Banana Pi BPI-CM4 is now available together with a carrier board so let’s have another look. 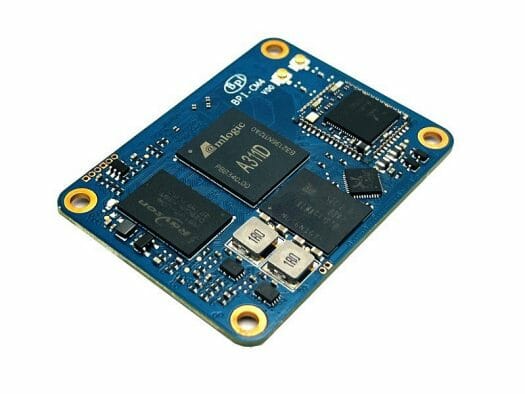 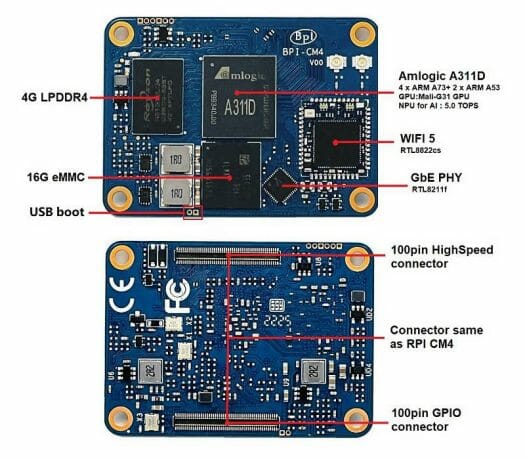 The Banana Pi BPI-CM4 module supports the same operating systems as the company’s BPI-M2S SBC with Amlogic A311D SoC, namely Android 9, Ubuntu 20.04, and Debian 10 OS, and the Wiki and getting started instructions points to the OS image for the Banana Pi BPI M2S board. The low-level source code shared on GitHub shows the use of u-boot 2015.1 and Linux 4.9.241, so as usual with Banana Pi, the module is only suitable for people that are fine with using outdated bootloader and Linux kernel… Alternatively, you could always check out Khadas VIM3 images with the same processor and more up-to-date software support. 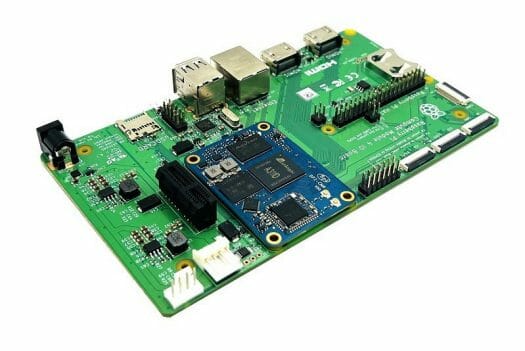 Since the module is compatible with the Raspberry Pi CM4, it works with existing carrier boards such as of Raspberry Pi Compute Module 4 IO board, albeit some features like dual HDMI output and dual camera input won’t work. But Banana Pi also designed its own baseboard with the following interfaces:

As noted last year, the Amlogic A311D hexa-core Cortex-A73/A53 processor delivers quite better CPU performance than the Broadcom BCM2711 quad-core Cortex-A72 processor, even when the Raspberry Pi 4 is overclocked to 2.0 GHz. 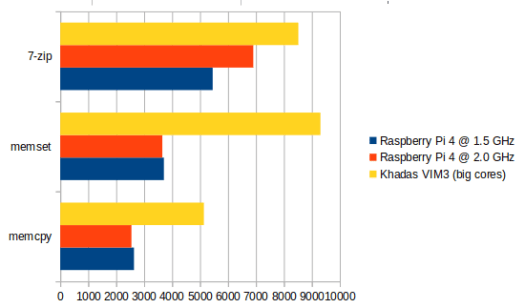 The integrated 5 TOPS NPU is also an advantage since users do not need to add an AI accelerator like Google Coral or Myriad X board for machine learning workloads.

Availability should also be better than for the Raspberry Pi CM4, at least for H1 2023, since Eben Upton expects supply shortage issues to be fully resolved by H2 2023. While the Banana Pi BPI-CM4 is sold for $95, the complete kit with the baseboard goes for about $110.

SDIO WiFi… They better have good drivers for that.

> people that are fine with using outdated bootloader and Linux kernel

Link goes to 4.19 but the Bananaware shipped with this board is 4.9 that went EOL few days ago (they ship with 4.9.241 from 29 Oct 2020, as such missing 2 years of fixes which isn’t that important since it’s an Amlogic forward ported BSP/Android kernel anyway containing lots of unfixed vulnerarbilities collected over the years)

100% Bananaware – something nobody should even accept as gift as it’s poisoned!