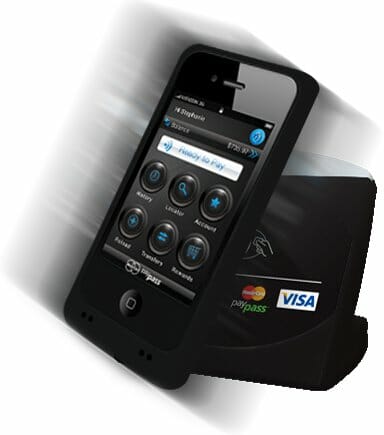 NFC (Near Field Communication) is a feature present in many new smartphones that allows wireless payment among other things. Until now, if you had an iPhone or an Android smartphone without an NFC chipset, you would not have been able to take advantage of NFC. But this is about to change thanks to Moneto, a prepaid mobile wallet that works with a microSD card embedding an NFC Chipset.

The Moneto Android Kit (29.95 USD) comes with a 1GB microSD card, a Booster Sticker, aPrepaid Debit Card, the Moneto app and 10 USD pre-loaded onto the account.

The Moneto iPhone Kit (79.95 USD) comes with a microSD card, an iCaisse case, a Prepaid debit card, the Moneto app and 10 USD pre-loaded onto the account.

There are some caveats to such solutions:

You can find further information and/or buy a mobile payment kit on Moneto website.