When Raspberry Pi 2 was announced, I was quite hopeful Android would be ported to the board since it now had the processing power and memory requirements to run Android. But members of the Raspberry Pi foundation put a damper on this expectation directly in their Android forums by closing some Android related threads, and stating the mobile operating system does not bring anything to the educational goal of the Raspberry Pi. 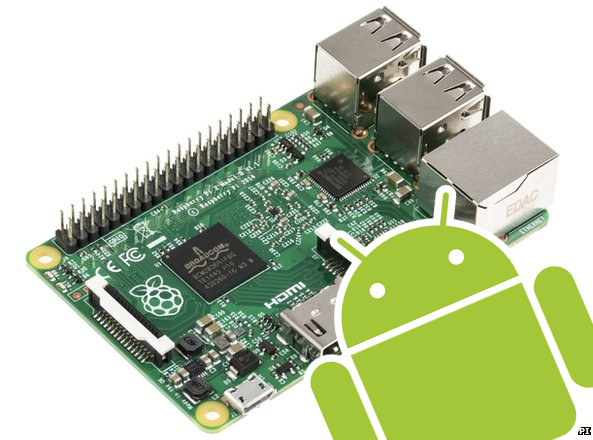 But yesterday, I’ve been informed that there was an experimental Android 5.1 port for ODROID-C1 and another Android 5.x port for Raspberry Pi 2. One of the key challenges to port Android to Broadcom BCM2836 is allegedly the large number of changes required for VideoCore 4 GPU’s buffer management, which was done by Broadcom internally for BCM2835, but never ported to the Raspberry Pi. So it does not quite seem an easy task.

The README on github describes how to build and install the Android image to an SD card bootable on the Raspberry Pi 2. The steps involve building the kernel, then android, and preparing an SD card with 4 partitions:

But does the code actually boot? Answer: not yet, and the developer has stopped working on it:

I was trying to enable vc4 with github.com/anholt kernel.
But it was not working.
vc4 branch of device_brcm_rpi2 & external_mesa3d are history of above trial.
Currently no activity on my side. Will check anholt’s update later.
Or someone interested can study it.

So to answer the question raised in the title. Yes, there’s an experimental port of Android Lollipop for the Raspberry Pi 2, but no, it does not work yet, and development activity seems to have stopped for now.