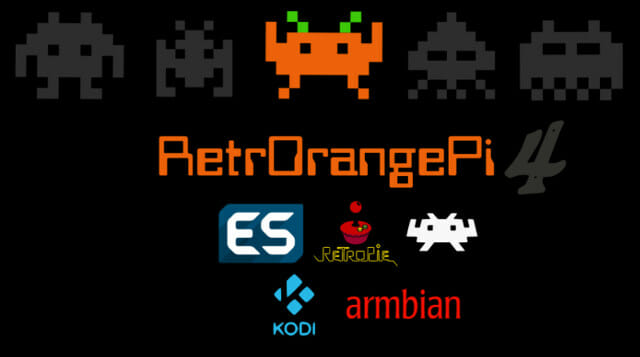 RetrOrangePi is a retro gaming & media center firmware based on Armbian Debian image and working on Allwinner H3/H2+ based Orange Pi boards, Banana Pi M2+, and NanoPi M1, as well as Beelink X2 TV Box. Right at the end of last year, I reviewed RetrOrangePi 3.0 on Orange Pi One board to which I connected Mars G01 gamepad, and I could play some games like Wolfenstein 3D and Quake, and watch videos on OpenELEC/Kodi 16. The firmware also comes with various emulators, but you’d have to load the ROMs yourself due to intellectual property / license issues. The developers have now released RetrOrangePi 4.0. RetrOrangePi 4.0 changelog: Latest Armbian v5.32 (Debian Jessie kernel 3.4.113) RetroPie-Setup v4.3.3 (unofficial fork, upgradeable) New RetrOrangePi repository for easy updates and fixes EmulationStation v2.6.5 with video and game collection support, Desktop/OpenELEC shorcuts from main menu New ROPi “Attract-Mode”-like theme (based on Cosmos theme) Retroarch […] 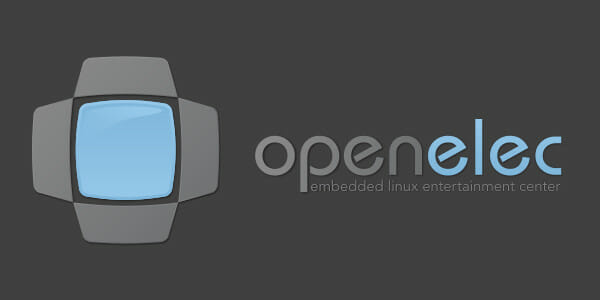 In recent months, I’ve written more about LibreELEC, a fork of OpenELEC, but the latter project is still being worked on, and OpenELEC 8.0 has been released adding builds for WeTek Play 2 & WeTek Hub TV boxes, as well as Raspberry Pi Zero W board, and upgrading to Kodi 17.1. and newer packages such as Linux 4.9 and ffmpeg 3.2. The developers also removed some unused or dropped features such as HFS and HFS+ filesystem, iSCSI, NFS/NBD/iSCSI network boot, and LIRC. X11 AMDGPU, ATI (Radeon) and Intel GPU driver driver has been replaced by X11 Modesettings GPU driver. They also updated some drivers & firmware files for WLAN and DVB, as well as update Nvidia Legacy driver to xf86-video-nvidia-340 (VDPAU only supported now). You can download or update OpenELEC 8.0, not only for the new WeTek and Raspberry Pi platforms, but for also x86 64-bit images for Intel & […]

I may just have finished Giveaway Week at the beginning of the month with my own review samples, but I have three new devices to offer courtesy of WeTek who asked me whether I could organize a giveaway for two WeTek Hub and one WeTek Play 2 Android & OpenELEC TV boxes on CNX Software. For some reasons I’ve been unlucky with my attempted reviews of the two devices with my WeTek Hub review sample having severe stability issues, while my country’s customs office required time-consuming and expensive paperwork for WeTek Play 2, so I had to abandon the package. End of the day, I did not review either. Other reviewers were luckier, with – from what I’ve seen – positive reviews for both devices. For example, Mark Hodgkinson concluded his review of WeTek Hub on AV Forums as follows: The Wetek Hub is a well-designed little device, both inside […] 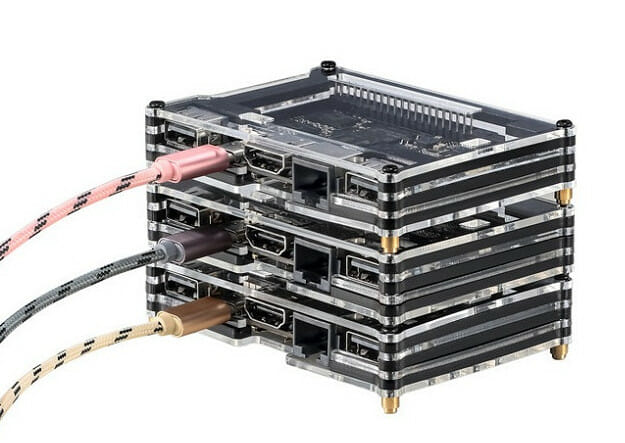 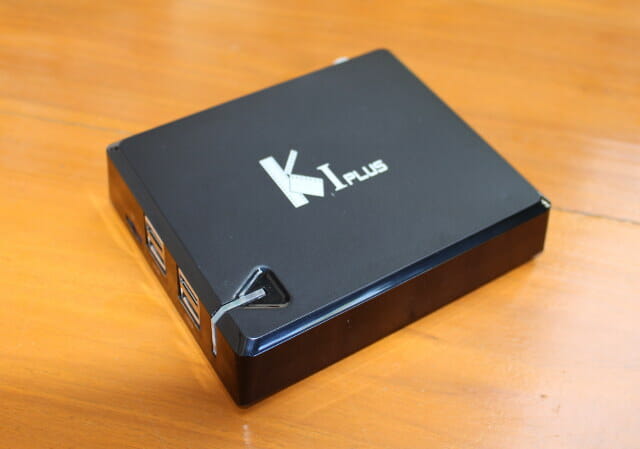 Videostrong K1 Plus T2 S2 is one of the most popular devices this year on CNX Software, as it’s probably the cheapest 4K Android TV box that includes both DVB-T/T2 and DVB-S2/T2 tuner, and beside just supporting Android, the community has also released an OpenELEC image with tuner support, and tools such as a Windows channel editor. When I first reviewed K1 Plus T2 S2 in February of this year, I found the Android part still needed some work, but the DTV app to watch live TV through my aerial antenna or satellite dish worked reasonably well despite some bugs here and there. Since then the company must have fixed some of the issues through various firmware updated, but some people are running Vitmos OpenELEC image instead since it may be more familiar, and other interfaces like Enigma may also be supported. All accessories shown above will be included in […] 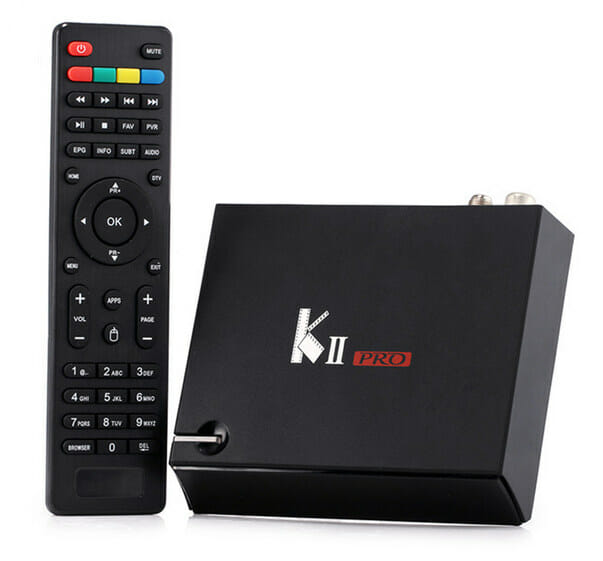 Based on the number of comments I get daily on my review of Videostrong K1 Plus T2 S2 Android TV box, the device is rather popular thanks to its dual DVB-T2/T2C and DVB-S2/S tuner, its low price, and OpenELEC community support. However, some people are possibly affected by the mere 1GB RAM in the system, with some apps being killed during use due to lack of memory. One solution is to purchase WeTek Play 2, but at $120 it’s in a different price range, and does not offer a dual tuner solution. But Videostrong has recently launched their KII Pro DVB T2+S2 model based on K1 Plus DVB T2+S2, but with 2GB RAM, 16GB storage, and 802.11ac WiFi. KII Pro specifications: SoC –  Amlogic S905 quad core ARM Cortex-A53 @ up to 2.0GHz with  penta-core Mali-450MP GPU @ 750 MHz System Memory – 2GB DDR3 Storage – 16GB eMMC flash + […] 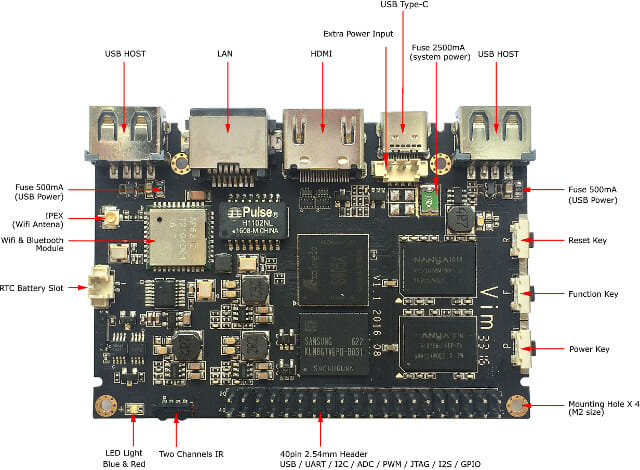