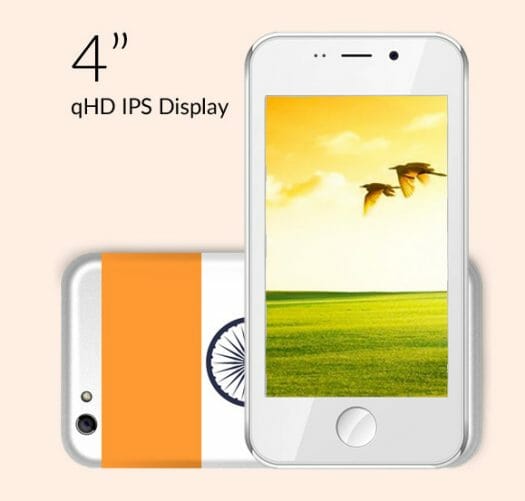 The phone runs Android 5.1, and come pre-installed with some apps specific to the Indian market like “Woman Safety”, Swachh Bharay, “Fisherman”, “Medical”, and “Farmer”,  as well as Google Play, Whatsapp, Facebook, YouTube, etc…

The BoM cost is clearly above $3.67, and NDTV got an early sample showing Adcom logo, and it turns out Adcom Ikon 4, which matches the specs of Freedom251 phone, sells for $60 in India. They also noticed that Android user interface has been customized to look like iOS. 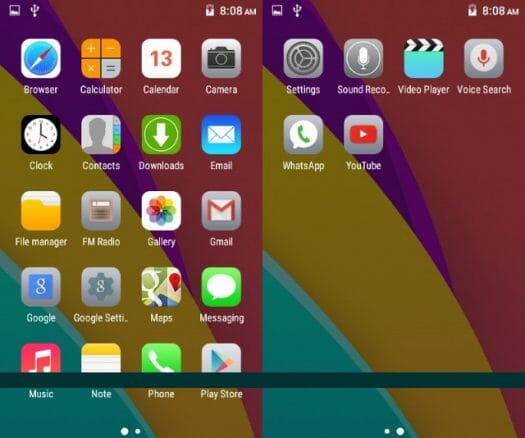 While people living in India can purchase one now on Freedom251.com, the cart mentioned it would be delivered in 4 months…

Via XDA Developers and Liliputing

It may not be directly subsidised by the governmment, but Modi/BJP have a lot of corporate connections interested in capturing the huge untapped lower end of the Indian ‘data market’. See recent Facebook/India scandal:
http://blogs.timesofindia.indiatimes.com/toi-edit-page/its-a-battle-for-internet-freedom/

Let’s hope this works out better than Modi supporter Omidyar’s involvement with Microfinance:

“Let’s not forget that Omidyar-funded SKS Microfinance was implicated in a rash of gruesome suicides by indebted Indian villagers, mostly young women, some of whom drank bottles of pesticides or drowned themselves to avoid SKS Microfinance debt collectors.”

Well, India and cheap hardware announcements. I remember when Indian press announced a Indian 30$ computer including a keyboard. After a few weeks, it turned out to be … a keyboard only.

Compliments to @cnx for the clear statement “The BoM cost is clearly above $3.67”. So in a few weeks or months we’ll see the reality of this phone.

Apparently their website had 600,000 hits per second, so they had to turn it off as it was crashing their servers…

Longish article on XDA trying to explain more about the price.
http://www.xda-developers.com/freedom-251-why-it-is-a-3-7-android-smartphone-and-why-it-shouldnt-exist/

It looks like they may sell at loss, and make that up on “services” later. Or maybe it was just a publicity stunt.

@onebir
Do you have any proof of government involvement in this ???

Finally they will be shipping, but they are looking for government subsidies: http://www.xda-developers.com/freedom-251-maker-seeks-rs-500-billion-7-4-billion-from-indian-govt-days-before-delivery/