Rockchip RK3288 processor may have launched in 2014, but it’s still one of the most powerful processor found in TV boxes for example, and in the past we’ve seen higher end board based on the processor such as Firefly-RK3288 or Radxa Rock 2 Square selling for well above $100. But MQMaker, the company that previously made WiTi router board, is bringing a smaller and cheaper RK3288 development board with MiQi, which definitely looks similar to the Raspberry Pi. 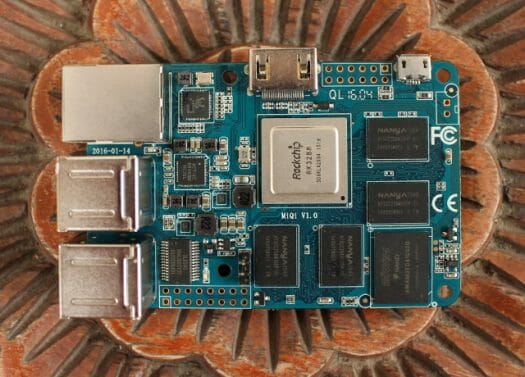 The board currently dual boots Android 5.1 and Lubuntu 14.04 from the eMMC flash, and while my sample came without heatsink, the final version will include a heatsink to ensure performance is stable even with higher loads. The firmware can already be downloaded, and the Linux 3.10 source code for the board is on github. 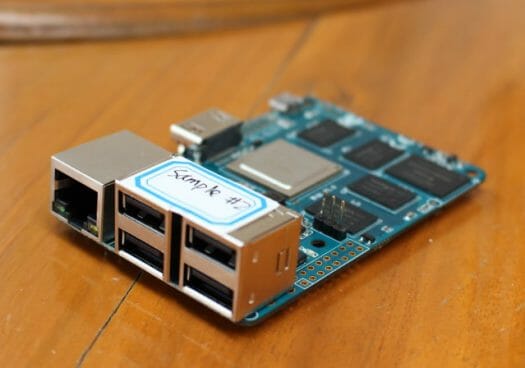 I’ve got sample #2, cool! But less cool is that I’ve not been able to boot it with a 5V/2A power supply connected to the board. Using another power supply, and the board automatically booted Lubuntu just fine. 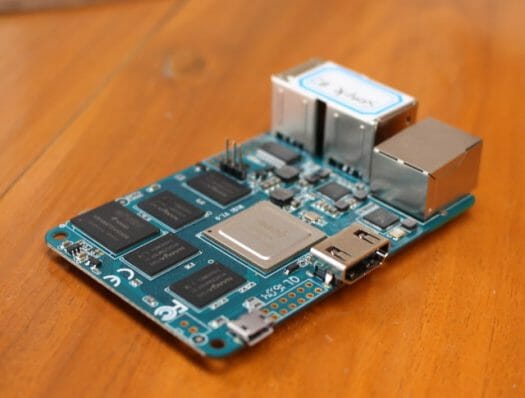 There will be two version of the board: one with 1GB RAM & 8GB storage for $35, and the other with 2GB RAM & 32GB flash for $69 to be launched on Indiegogo later on. You can find some more information in the forum announcement and comments.

Looking forward to the exposition of these boards.

“and the other with 2GB RAM & 32GHz”
I think you mean 32GB, otherwise it would be a killer machine for sure 🙂

Can you cook and egg on it?

this looks promising if the software can match the hardware

ARM actually has drivers for for the Mali-76x with OpenCL support.

Besides only having GLES support are there any other caveats? The kernel driver part of the Mali driver is open source so I believe that this means it could work on the mainline kernel too. I don’t know the status of the mainline kernel for the RK-3288. I’m probably missing something because there doesn’t seem to be a way to escape the madness of lack of proper GPU driver support on ARM.

@ade
3.10 is a LTS kernel and its EOL is oct 2017 https://kernel.org/category/releases.html
so bugfixes are still backported but… is the 3.10 kernel used for this board up-to-date ? i doubt it is (i might be wrong though, didn’t check)

also, if i remember correctly, i think android kernel is based on 3.10. that would explain why it is still used

Anyone know a current price for the RK3288 SOC? It used to be expensive but if you can build a $35 board with it, it must be a lot cheaper now.

@dvl36
I did have to try different power supply and cables to make it boot.

Would be intresting to see how this compeats against the C2

hopefully shipping is reasonable.
I2S as there is no audio jack on the board?

This is nice, at the price.

Am not able to see any Wi-Fi chip, let alone an antenna provision. I take it there’s none on-board?

When it will be on the market?

@Gabe
No you need a Raspberry 3, ideal for boiling cup of coffee, running a 360p video for 3 mins soon gets the burning finger effect.

You can help to get it funded now.
https://www.indiegogo.com/projects/miqi-a-credit-card-sized-super-computer–2#/

KDE runs well on it:
http://www.bitkistl.com/2016/09/the-kde-desktop-on-miqi-mini-computer.html

The board is back on Indiegogo for $39 (Early bird) -> https://www.indiegogo.com/projects/production-for-credit-crad-sized-computer-miqi-android/x/1760545#/

It does not have blutooth and wifi