WeTek Hub is the latest TV box by WeTek running Android 5.1 or OpenELEC, with support for Widewine Level 1 allowing Netflix HD in Android as well as Microsoft Playready DRM, and featuring Amlogic S905-H Rev. C processor that fixes video playback issues on some 4K H.265 DVB streams, and includes Dolby and DTS licenses. The company has now sent me a unit for review, and I’ll check the hardware first before reviewing the TV box in a separate post.

The device comes in a blue and black retail package showing some of the key features including  WiFi, Dolby, DTS, HDMI, and Bluetooth support. 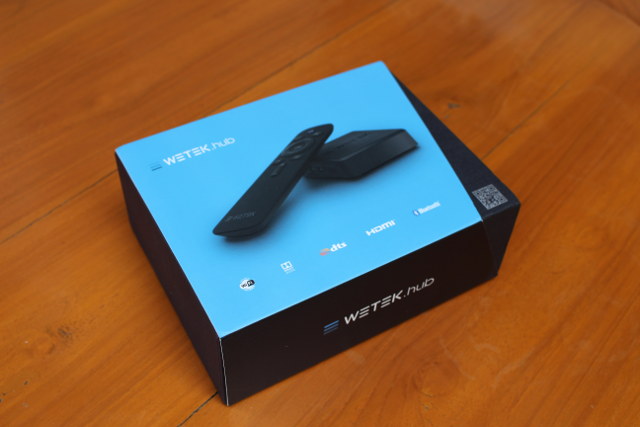 The QR Code on the package redirects to http://www.wetek.com/qr/201603, which just looks like WeTek main page. The top cover of the package can slide to reveal more small boxes with the device and accessories. 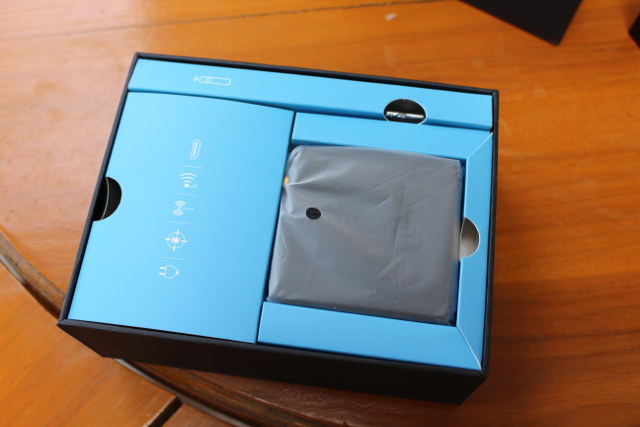 The device ships with a basic IR remote control taking two AAA batteries, a 5V/2A with US, UK, and EU plug adapters, an HDMI cable, an IR extension cable with 3M sticker, a 3.5mm jack to serial cable for developers or debugging your device, a WiFi antenna, as well as a user manual including an “emergency” clip to re-flash the firmware if needed.

The tiny device has the antenna connector, micro SD slot, UART and IR extension hacks, as well as a USB port on one side, and the DC jack, Gigabit Ethernet and an HDMI 2.0 port on the rear.

WeTek Hub is really a small device, and to show just how small it is I took a photo with a Raspberry Pi 2 board. The IR extension cable would also allow you to completely hide the device in your cabinet. 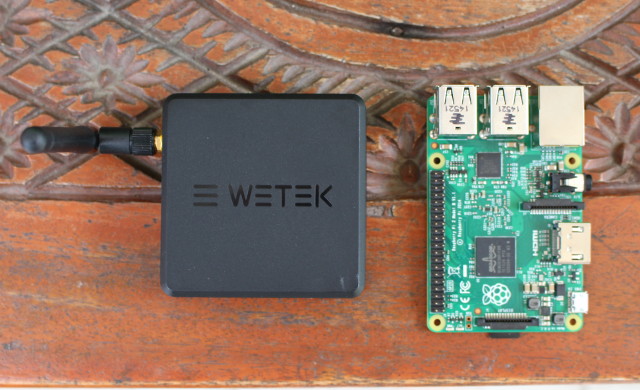 The bottom of the case has a sticker with a MAC Address starting with E8:18:63:50, which looks up to WeTek Electronics Ltd, as well as a hole giving access to a yellow button for firmware recovery, among plenty of smaller ventilation holes. 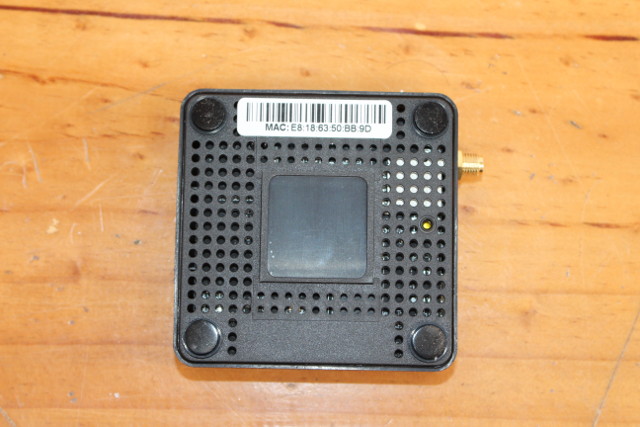 The board is then fairly easy to lift, and we can see the company used an heatsink with thermal paste on the Amlogic processor and two RAM chips (1GB in total), with the heatsink then in contact with a thermal pad glued to a metal plate on top of the case.  Hopefully, this thermal design will be good enough to keep the performance at a good level even under high loads.

The board is called WeTek Cube VL1, so maybe the company had the idea to launch a cube instead in the earlier stage of development, before deciding on a smaller form factor. You’ll also notice an IR receiver is soldered on the board, so you don’t have to use the IR extension cable if you don’t want to.

That’s all for today. The full review may take a while, as I have received several devices in a short time frame. WeTek Hub can be pre-ordered WeTek Hub, with shipping scheduled for July.