Shenzhen Xunlong Orange Pi boards are relatively popular thanks to their low price, and support on communities such as Armbian, but two new upcoming Orange Pi boards might make the company even more relevant in the development board space. First, the company is nearing completion of the tiny, and hopefully ultra cheap, Orange Pi Zero board with Allwinner H2+ processor, and Linaro has announced that an Orange Pi i96 boards compliant with 96Board IoT specifications is also coming soon.

The board has not been released, but some pictures have been uploaded to Armbian forums. 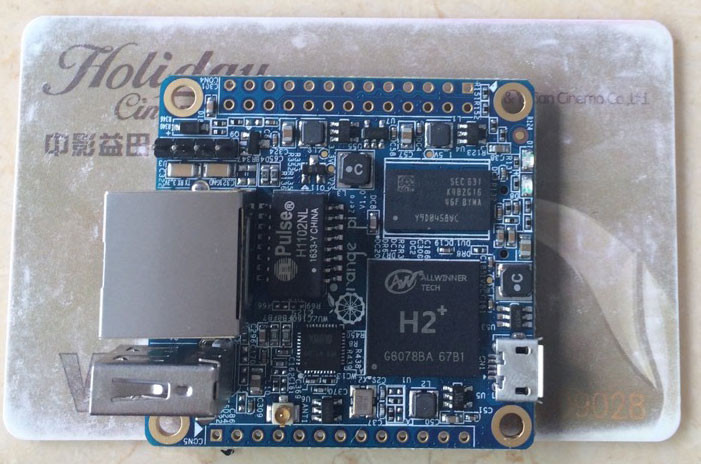 Orange Pi Zero looks quite similar to NanoPi NEO board but with different processor, a slightly larger form factor, and both Ethernet and wireless connectivity. We don;t have other information for now, but it still possible to get most of Orange Pi Zero specifications from the photos: 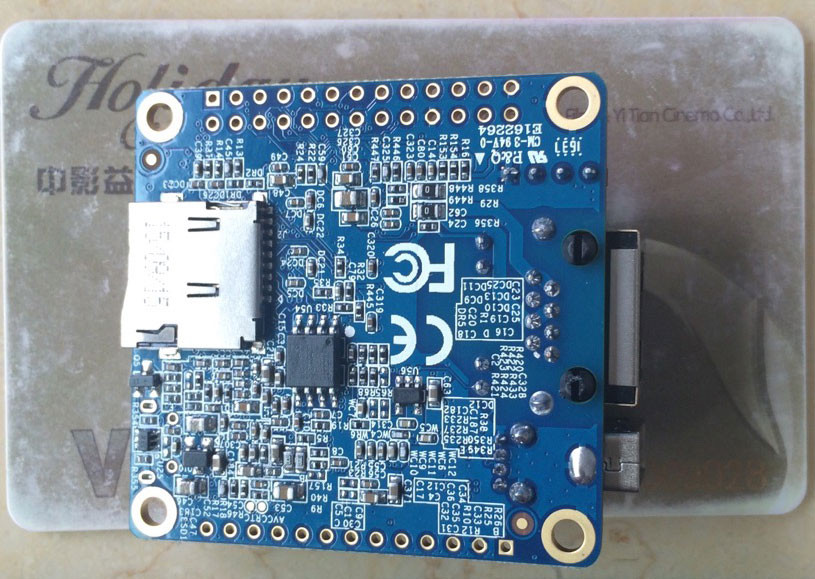 That’s all we know at this time. Orange Pi Zero was previously touted as a $5.90 board (shipping not included), but I’d be really surprised if they could sell it that cheap considering there’s both Ethernet and WiFi (or another wireless interface) on-board.

Shenzhen Xunlong is very good at making – in my experience reliable – hardware at a cheap price, but if you’ve ever tried one of their firmware images, you may have come across issues, which is why communities like Linux-sunxi and armbian are so important for software support. 96Boards platforms are supposed to have one of the best and up-to-date software support, as Linaro have some engineers working full time on the project, however in a world of $35 or less development boards, the price of 96Boards compliant development boards even below $100 has not been competitive enough or the new standard to take-off.

So I’m hopeful that Orange Pi i96 board will bring the best of both world, with a low price associated with Orange Pi boards, and software support and documentation from Linaro/96Boards.

The board won’t be based on any Allwinner processors however, but instead feature an RDA Micro Cortex-A5 processor (possibly RDA8810PL) with 2Gbit (256 MB) on-chip RAM, 4Gbit (512 MB) on-chip NAND flash, a micro SD card, two USB 2.0 ports, a CSI camera connector, and WiFi 802.11 b/g/n connectivity. The board will run Ubuntu, and like the recently announced BLE Carbon will be compliant with 96Boards IoT Edition “standard” specs, except it will use “Cortex-A profile and 1.8V I/Os” variation of the standard. The price will be less than $10 🙂

@maurer
Yes, I’ve just changed it.
For reference Aqua G2 Android phone based on the processor is selling for $30 in India -> http://gadgets.ndtv.com/mobiles/news/intex-aqua-g2-entry-level-android-smartphone-launched-at-rs-1990-828016

finally an ultra lowcost 96board. is there any other board featuring RDA8810PL? cant get accurate impression from android phone also, WTF!? Allwinner H2, how that sneak up on me. from what i can see it is essential the same as h3 – 4K VPU alsox2, why dont they just use h2/h3 with their 96 board? with horrible support from xunlong, adding 2 different soc means xunlong’s support&dev gonna be spread even thinner : (. if not for their low cost, i would have parted ways with the company, juz like cubieboard on the plus side 3 new low cost board… Read more »

@milkboy H2 seems to be just a cost down variant of H3 (no Gigabit Ethernet MAC being one of the differences) so I would assume software support for H2 will be as excellent as it is already with H3 (not kidding, no one has to use OS images from hardware vendors) H3/H2 with separate DRAM, WiFi and NAND/eMMC on 60x30mm (96boards IE standard footprint): how should that work given the size of the usual components? But really looking forward to this device and hoping that the camera connector is compatible to the other Oranges out there. @Jean-Luc Aufranc (CNXSoft): I… Read more »

That should be called Zero+. Drop the Wifi and serial header and make the price 5,00$. That would absolutely kill the rpi zero 🙂

@Benjamin
serial header is for free.

@Benjamin
Depends on use?

No HDMI so its aimed at IOT ?

A 2GB Orange Pi One would be more interesting and cut down on sdcard wear and allow buffering.

@Benjamin RPi Zero? I took me just 3 months to get one and the only way was to order directly from Pimoroni in the UK. Since I wanted to try out the camera module I had to add another £4 to the £4 for the board and the additional £4 for shipping. Hey, almost €15 to try out a camera module. Exactly the same price for an Orange Pi One + camera module + camera cable + shipping (usually below $3.50 around the world). Ok, the Xunlong camera is just 2MP… Apropos camera: the next ultra small H3 board with… Read more »

I kinda love that they keep just making new boards on a whim like this. But I wish they’d look in to adding fast MicroSD card support. Fast SD cards are so cheap (sometimes cheaper). I just wish I could utilize them with the Oranges.

In UK GBP you can get the Orange Pi PC Plus, delivered for under £19 off Aliexpress.
https://www.aliexpress.com/item/Orange-Pi-PC-Plus-ubuntu-linux-and-android-mini-PC-Beyond-Raspberry-Pi-2/32668618847.html

So I assume they will be the ones working on Ubuntu for Orange Pi i96.

@zoobab
i’m sure it’s not completely free. I bet i costs a cent or two for the manufacturer. Money that can be put to uses elsewhere.

Wonderful read, money quote: ‘NextCloud box is a great example here’… when product development is driven solely by marketing guys and not engineers ensuring that hardware and software do absolutely not fit 🙂

@Suraj Bhawal
Rpi is competing in the realm of software, which Opi seems to have largely absconded from. these are entirely different fields which have a troubling tendency not to intersect.

All the Orange Pi boards are well supported by Armbian. You can choose between Debian based builds or Ubuntu. RPi was my primary choice for home automation. Now I’ve moved to OPi, mainly because of cost, CPU performance and better OS support from Armbian

there are android phones w/this soc… anybody found any open source code?
cortex a5 + h264 is good for many projects, i hope they sell a compatible camera…

any news for release date?

Which is correct? According to the RDA A5 1 GHz specs the latter…

If the latter then OPi0 is the winner with the 512 MB RAM model at $9, H2+ processor with Ethernet interface thrown in. And extra 2 USB ports and TVout port with $2 expansion card.

What is the role of RDA A5 GSM RF support?

@Athar
That’s because the slide actually refers to Gbit instead of Gigabytes.
Something with 2GB RAM and 4GB flash can’t be sold for $10 (yet), and RDA Micro website makes it clear it’s 256 + 512 MB.

@Athar
Regarding OPi Zero and expansion cards…Xunlong did it again, listened to community and prepared a NAS expansion board with 2 superiour USB-to-SATA bridge ICs and the other connectors available on the 13-pin header.

Thanks. Any price indicated on NAS card?

Btw, the 2MB SPI flash is now presoldered on Zero 512 MB version, and will be in next production batch of the 256 MB version, according to zhaofiyan via email.