There’s a limited number of boards based on Rockchip RK3399 processor, with the easiest to work with (for non-Chinese readers) probably being Firefly-RK3399. Shenzhen Xunlong is working on their own Orange Pi RK3399 board, 9Tripod released their X3399 SoM and devkit, Boardcon has also launched their own RK3399 SoM (system-on-module) and baseboard solution with respectively PICO3399 CPU module and EM3399 board. 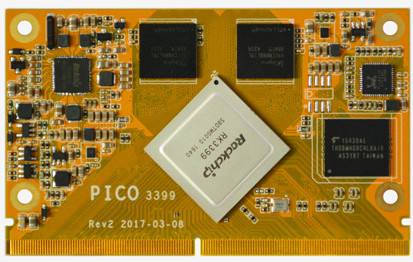 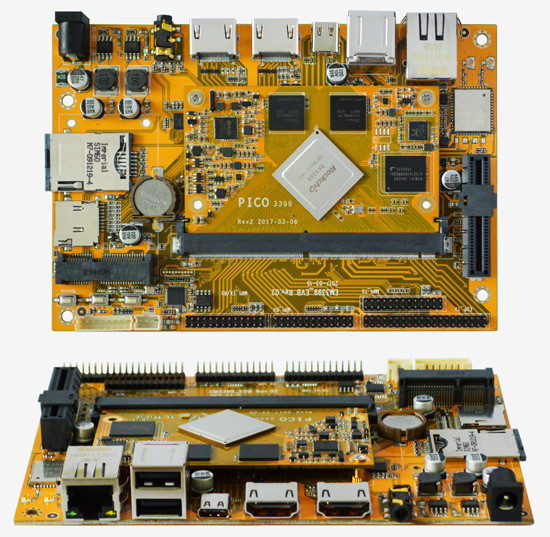 You can get started quickly with the CPU module using EM3399 development board with the following specifications: 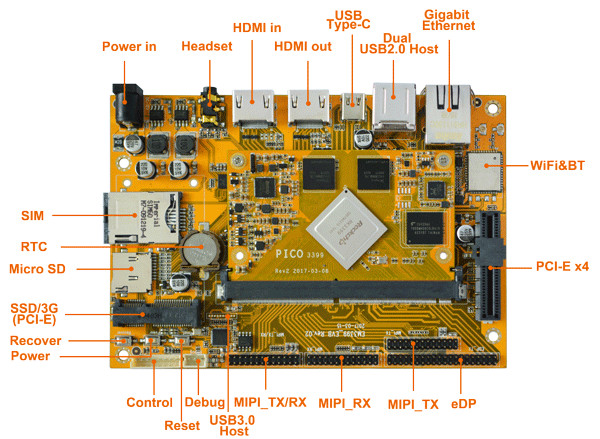 The module is expected to be used in application such as  smart devices, digital signage, all-in-one machines, PoS systems, vehicle control terminals, etc…

The module and board appear to be available now, but price is not public since I understand the company focuses on the B2B market. You’ll find further details on the product page.

you deleteted my comment(mali gpu) and edited your article.. you are so rude CNX.

I forgot to mention in the introduction that there’s also a Rockchip RK3399 Q7 module available in Europe: http://www.cnx-software.com/2016/11/29/theobroma-announces-rockchip-rk3368-and-rk3399-qseven-system-on-modules/