Last week, we discovered Amlogic S905W processor through Tanix TX3 Mini TV box, with the processor maxing out at 4K @ 30 Hz in order to provide cost-competitive solutions, for example against Rockchip RK3229 TV boxes. However, at the time, the price was not that attractive. Prices have come down quickly, as Tanix TX3 Mini can be purchased for about $29 with 1GB RAM /16GB flash, and $32 with 2GB RAM/ 16 GB flash using coupon PYNNHDAH. X96 Mini is an even cheaper option as the Amlogic S905W is sold for as low as $24.99 shipped on Banggood. 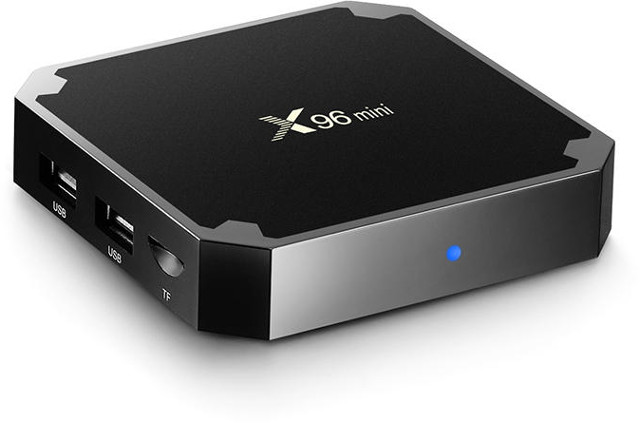 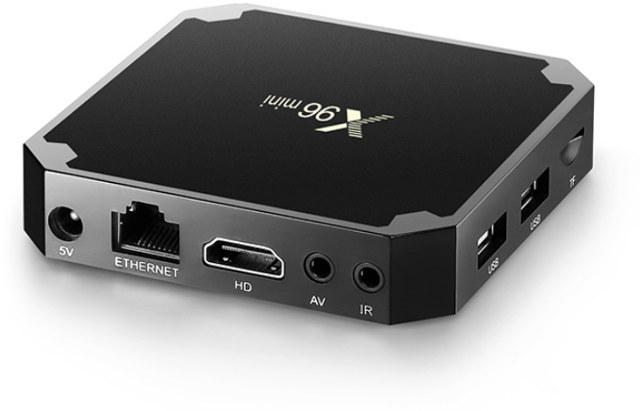 X96 Mini can be cheaper than Tanix TX3 because it comes with less internal storage (8GB vs 16GB), they’ve done without optical S/PDIF audio output, and the device is smaller. The box runs Android 7.1.2, and ships with an HDMI cable, a remote control, an IR remote control, a power adapter, user’s manual, and just like the older X96 TV box,  some mounting kit with “magic tape” in order to hook the device behind the TV. A photo of the board has also been provided, sop we can look a more details about the design:

As a side note, Banggood is organizing a promotion for their 11th Anniversary, and while I have not been able to find any big discount myself, but just around 5% off compared to normal price, you may be luckier.

The S905 is not bad but its big brother the S912 is suffering from issues. And cheap Quad A53 SBCs are not that hard to find.

I love to see the Deca Core MediaTek helio X20 / X25 in affordable SBCs. With only one on the market at 200$, that is too expensive.

We have a winner for the most ugly TV Box award.

@Benny
Issues in Linux too?

I would like to order 4of these boxes,to be posted to me here in Barbados,fedx,orDHL store to door delivery,how possible this can be because most suppliers say they don’t post to Barbados.

@eM
Seems rather attractive to me. Why the hate?

I have to mention that Amlogic’s engineer very promptly reacted to my post and started asking more details about my rants… 😀 Amlogic guys are members of LibreELEC Slack team (as I am) where I shared link to post. And day after engineer got in touch with me.

The S905W seems like the most pointless SOC unveiled this year.

I expect it to come and go quickly and with very little in the way of independent dev support to improve the expected crappy firmware that has now become a standard for all of these boxes.

i have an issue, i want to purchase a bulk of this device from alibaba but the supplier sent me photos from internet all of them are the same, can you help me to find the real manufacturer.

@Hatem
Wait for some reviews on the Internet, or buy a sample, and try to find the manufacturer based on the MAC address, or strings in the firmware.

@Hatem
Does this help?

@theguyuk
Probably not because:
1. That company sells products from other manufacturers like “Tanix TX2”, MXQ boxes, and so on.
2. They don’t show their large factory with their name (Chinese or/and English)
3. “Shenzhen E-smart Technology Co., Limited was incorporated on 16 May 2016 (Monday)” and they have already a catalog of 500+ products. Yeah, right…

So most likely it acts as an intermediary with factories, just like Shenzhen Tomato or Acemax does.

The products you review are sent to you or do you buy them without knowing your going to review them. I’m not questioning your integrity but I’m almost sure these Chinese factories are pulling a “bait and switch” with the quality of the components used in the product. Most specifically the memory.

@Patrick
For X96 Mini, I don’t have it at all, I just found pictures on the Internet.
For actual reviews with various tests, I normally get samples from either manufacturers or online shops. I always mention who sent it to me in the reviews.

My x96 mini when i plug it it keeps on blinking red, it wont power on pls help me with this problem..

@Ferdinand
It looks bit the boot process may be stuck in a loop. If blinking happens quite fast then it could be a hardware problem, otherwise it could be some firmware problem. So try to re-install the firmware.

SIR how to re install the firmware? So its not the power adapter is causing the problem0

@Ferdinand
If there’s a red light, that probably means the power supply is OK. You could always check the voltage with a multimeter to make sure.