Right at the end of last year, I reviewed RetrOrangePi 3.0 on Orange Pi One board to which I connected Mars G01 gamepad, and I could play some games like Wolfenstein 3D and Quake, and watch videos on OpenELEC/Kodi 16. The firmware also comes with various emulators, but you’d have to load the ROMs yourself due to intellectual property / license issues. The developers have now released RetrOrangePi 4.0. 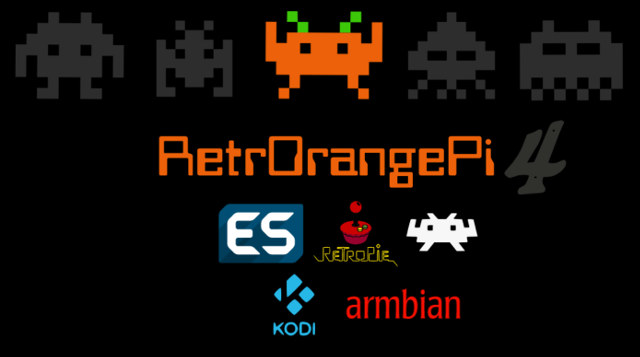 The full images are not yet available, but if you are an existing users with ROPi 3.0.1 instead, you can upgrade to version 4.0 by running ropi4.sh script in your board/device as pi user:

The images for new users will be coming later once one of the developers involved get more free time. In the meantime, you’d have to download & install RetroOrange Pi 3.0.1, and run the script to upgrade to 4.0.

You’ll find more details about the release in the forums, where you can also ask for support questions. The source code can be found on github.