After launching their ML350 customizable fanless industrial computer, Logic Supply is back with another Apollo Lake family of mini PCs – CL200 series – with a much more compact form factor (Ultra Small Form Factor), and equipped with an Intel Celeron N3350 processor. 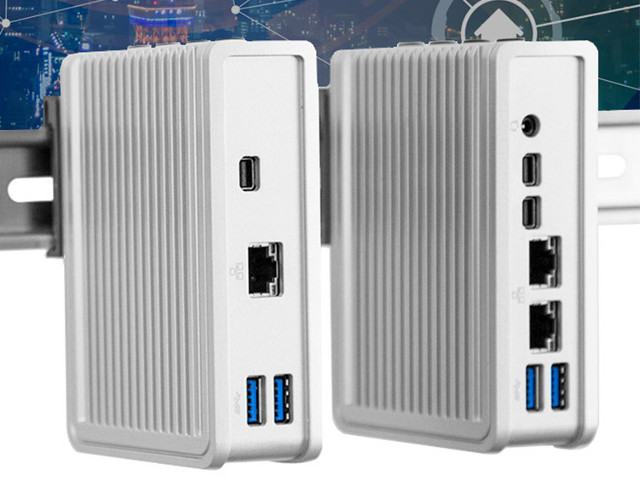 I first scratched my head as to why one would place connector on the bottom of a mini PC, but once I looked the photo at the top where the mini PCs are mounted vertically on  a DIN rail – and watched the introduction video – it made sense, as the bottom here is the left side when placed horizontally.

CL200 compact form factor and entry-level specifications makes it suitable digital signage and kiosk applications, and the device will make its debut at Digital Signage Expo in Las Vegas, NV, which begins later today. The fanless mini PC can also be used as an IoT edge device thanks to optional support for 4G LTE or WiFi/Bluetooth connectivity,  as well as other applications that may benefit from a compact form factor and reliable system like data acquisition, automation, and network gateways.

The CL200 will start selling later in Q2 2018, but the company is already engaging with potential customers via the product page where interested parties can sign-up for updates.  Pricing has not been announced yet, but rugged computer are usually fairly expensive (compared to their consumer grade counterparts), so we could probably expect the device to sell for around $250 to $400.

In some cases, the higher price is worth it, and even cheaper over time due to lower hardware and maintenance costs. Logic Supply recently shared a customer experience on Facebook, where the computers are placed in an acid environment, and they used to have to replace them twice a year, but around three years ago they decided to switch to fanless rugged mini PCs from Logic Supply, and they are still up and running. 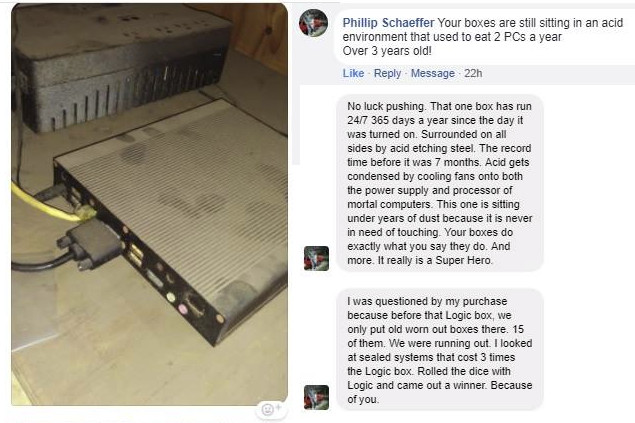 I can see they used older computer before, so the main benefit was likely the switch from active cooling to passive cooling, as previously corrosive air would have flown through the computers. Still an interesting story.