Xilinx unveiled Zynq UltraScale+ MPSoC‘s combining Arm Cortex A53/R5 cores with FPGA fabric back in 2015. and we started to see development boards and products based on the solution starting in 2017 with offerings such as AXIOM Board, TRENZ TE0808 SoM, or more recently 96Boards compliant Ultra96 development board.

All last three boards have one thing in common: they all use an Zynq UltraScale+ GC MPSoC that adds a Mali-400MP2 GPU to CG MPSoC family. But there’s also a third EV family which standards for “Embedded Vision”, and adds support for 4K H.264 / H.265 hardware video codec capable of simultaneous encode and decode. The platform targets multimedia, automotive ADAS, surveillance, and other embedded vision applications.

So far, I don’t think I had seen any boards based on Ultrascale+ EV MPSoC, but AVNet  – following up on their UltraZed-EG starter kit – has now launched an UltraZed-EV starter kit powered by UltraScale+ MPSoC XCZU7EV-1FBVB900E. 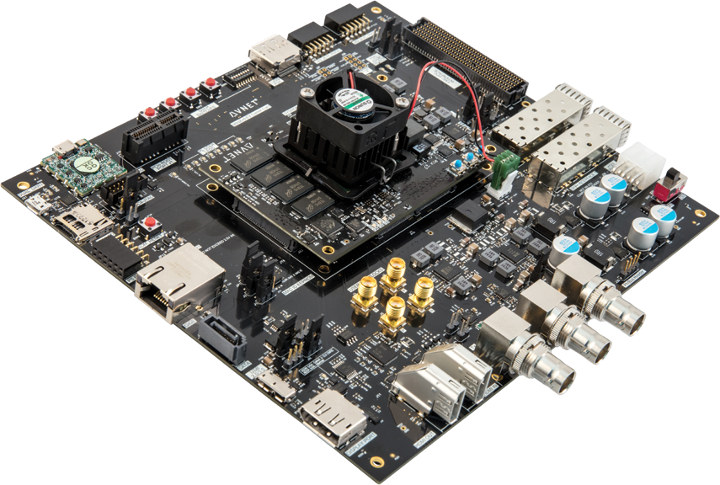 The kit is comprised of a system-on-module and baseboard with the following specifications:

A Linux BSP, a hardware reference design, and documentation are provided by the company. You’ll find most of that info on the product page, as well as the SoM and carrier card pages. The link BSP should eventually be released here.

UltraZed-EV started kit is now available to customers in the Americas, EMEA, Asia, and Japan, for $1,595 on AVNet. The UltraZed I/O Carrier Card can be purchased separately for $649, and the extended temperature and industrial temperature version of UltraZed-EV SoM are sold for $999 and $1,199 respectively. 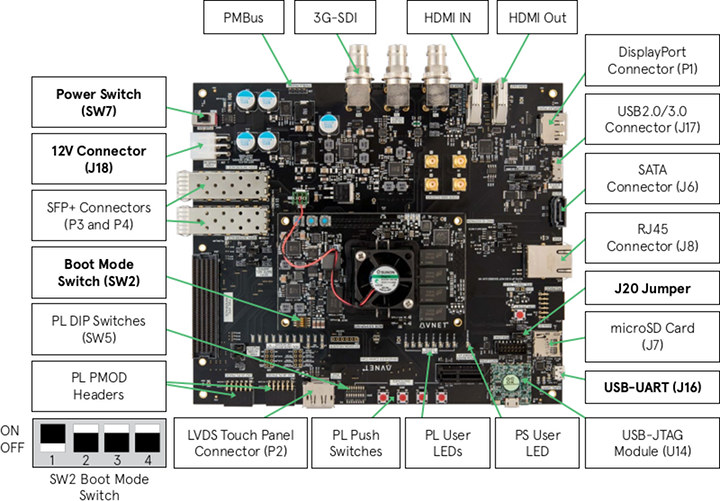