Miniature versions of popular game consoles from earlier decades have been all the rage recently, but they all have one thing in common: the inability to add games by default. But eventually, people find ways. For example, when it was found Nintendo NES Classic Mini was found to be powered by an Allwinner R16 processor, enthusiasts found ways to run RetroArch on the device with some efforts.

One of the latest announcement was Sony PlayStation Classic, and as reviewers got hold of early sample of the miniature gaming console, it  got torn down by HDBlog Italia. 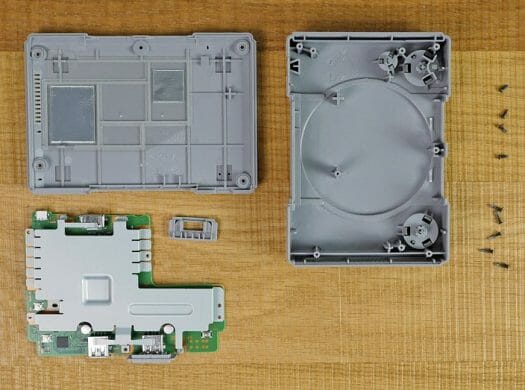 That means we now have a good idea of the technical specifications of the console: 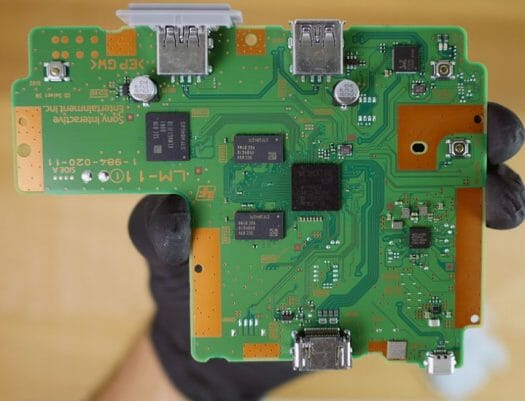 There’s an unpopulated 4-pin header on the bottom of LM-11 main board on the left of the HDMI port which could well be the debug port to access the serial console. Sadly, while we knew Allwinner processor would be easy to mess with thanks to the work of linux-sunxi community, I’m not sure working with MediaTek will be as easy, although it should be still possible to modify the firmware, and the USB ports may make it even more interesting than some competitors.

But if you just want to play games, and could not care less about hacking the thing, you’ll also find some reviews in English here and there.

Sony PlayStation Classic will officially launch on December 3rd, but you can already pre-order it for $99.99 or 99.99 Euros depending where you live.

Thanks to Redneckerz for the tip.

A playstation hosting a PowerVR — the circle is now complete : )

Well it isnt uncommon given the Vita and the PSTV 🙂

I wonder how that stacks up to this though. Classic has more memory and modern gpu, but Vita had seperate vram buffer.

Comparison has been discused with PSTV

Note this was written on September 21, 2018 at the time of the announcement. So it’s an opinion based on data available at the time, not somebody who had the chance to play with the new console.

Yep, but that buffer didn’t help much at all since it’s like having a shared unified memory or dedicated for the gpu. It’s been proven that an unified memory pool, if fast enough, provides better performance. With HBM2+ memory you don’t need to worry about including EDRAM at all.

Hardware seems to be the least of ps1 classic’s issues: https://www.youtube.com/watch?v=ol12g5GxI7Y

ed: Ah, you were talking of the vita, my bad.

And it use open source based emulation
”
In the licenses list for the console can be found PCSX ReArmed, as Kotaku noticed in its review yesterday. That’s the ARM port of PCSX Reloaded, itself an offshoot of the original PCSX emulator, which ceased development in 2003.
“

I’m curious what the Realtek chip is for. Luckily the Italian source has a great image hosting, so you can get a much closer look at the board https://hd.tudocdn.net/807066?w=5000 I have no idea what an RTS5482/32 is supposed to be for. RTS seems to be USB connected devices, such as camera controllers, USB hubs or various card readers. It’s possible it’s a USB hub, but a very odd choice if that’s the case. The RTS5423 is apparently a USB 3.1 hub, so it’s very possible it’s a USB hub. I should also point out that the MT6392A is not an… Read more »

Silghtly off topic but some amlogic SoC have a usb3 hub to usb 2 ports, no idea why?

Yea HDBlog is not good, they repost stuff or translate them wrongly.
This time they have done something by themself. But as always with poor quality.

At least they have done a teardown… I think that they have never done that! (They used to post a video form jerryrigeverything)

Here in Norway too. I got one for ~€30 (300NOK) to try to hack so kids can play…
Anyone here played with hacking Playstation Classic?
Looking forward..