Google launched their Pixel 3 & 3 XL smartphones last fall with a Snapdragon 845 processor, a camera that takes excellent photos even in low-light conditions, and achieves an excellent score of 101 points in Dxo camera benchmark. The phone costs $799 and up in the US, and more in other countries.

Most people I know use their phone for calls and SMS, taking photos, messaging with Facebook and LINE, and some casual gaming, so it would  make sense to have a mid-range phone with an excellent camera, a slightly less powerful processor, and a significantly lower price tag.  That’s what Google has done with Pixel 3a and 3a XL phones, taking many of the features of Pixel 3, including the camera, but selecting a Snapdragon 670 processor instead, shaving a few dollars with other design decision, and bringing the price down to $399. 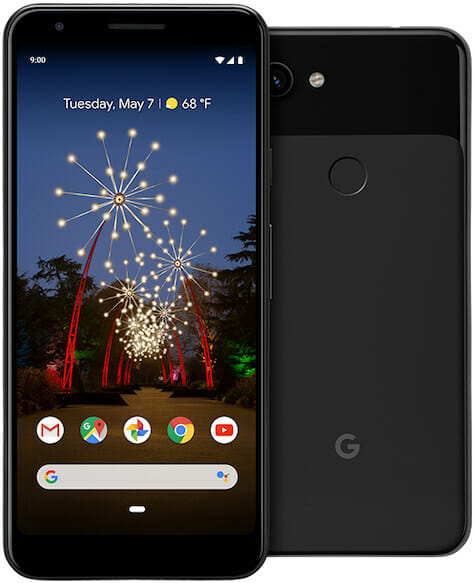 Pixel 3a / 3a XL smartphone specifications:

The phones run Android 9.0 Pie and will receive three years of updates. The slower Snapdragon processor also means Gigabit LTE is gone, and download speeds are limited to 600 Mbps in theory. Other cost-cutting measures over Pixel 3 premium smartphone include:

Pixel 3a / 3a XL however gain a 3.5mm audio jack, and slightly larger batteries which should lead to longer battery life (up to 30 hours on a charge) combined with the Snapdragon 670 processor.

XDA Developers got an early sample, and the camera is great but performance may not be suitable for everybody, especially for some games. Pixel 3a sells for $399, and Pixel 3a XL with a larger screen goes for $479. You can get either on Google Store.

As a personal note, I’m now using a Snapdragon 660 based smartphone: Xiaomi A2. Camera is pretty good, and as a result I’m often asked to take photos as most of my friends have older Samsung Android phones or iPhones, and low-light photos look much better than on their phones. It’s also  receiving monthly firmware updates as part of Android One program. So although I’m pretty sure it’s not quite as good as the Pixel 3a,  it can be a decent option for a mid-range phone with a good camera, and sells for under $200. My main complain is the 32GB storage on my model, which gets full pretty quickly, so make sure you go with the 64GB version instead.

I also got the A2 for my wife and it’s amazing how they keep the price so low. The first A2 got bricked at some point because of a emmc failure, though, but got replaced by Amazon.

Generally, me and most engineers I know, usually never spend more than 200-250 for a smartphone and that means something…

And how often do you replace the phone? Once every year? Every n months?

So far it seem already that there would be 3 models of A3 series, and that they are getting SD7xx SoC + OLED screen?

I know price will be much higher than A2, but still cheaper than these Pixel ones 😛 and A3 series might have NFC, according to their product code stuff, some might see it better deal.

Probably a good deal for people that just want a phone with basic smart phone features like maps etc but also want it to get security updates for a reasonable amount of time.