Gateworks introduced its Newport SBC family powered by Cavium Octeon TX processors and designed for networking applications in 2017. One of those boards was a compact SBC with one Gigabit Ethernet port, an mPCIe socket, and a USB 2.0 Type-C port.

The company has now launched Newport GW6903 SBC with the same 100x35mm form factor but with one Gigabit Ethernet port, two mPCIe sockets, and a faster USB 3.0 Type-A port. 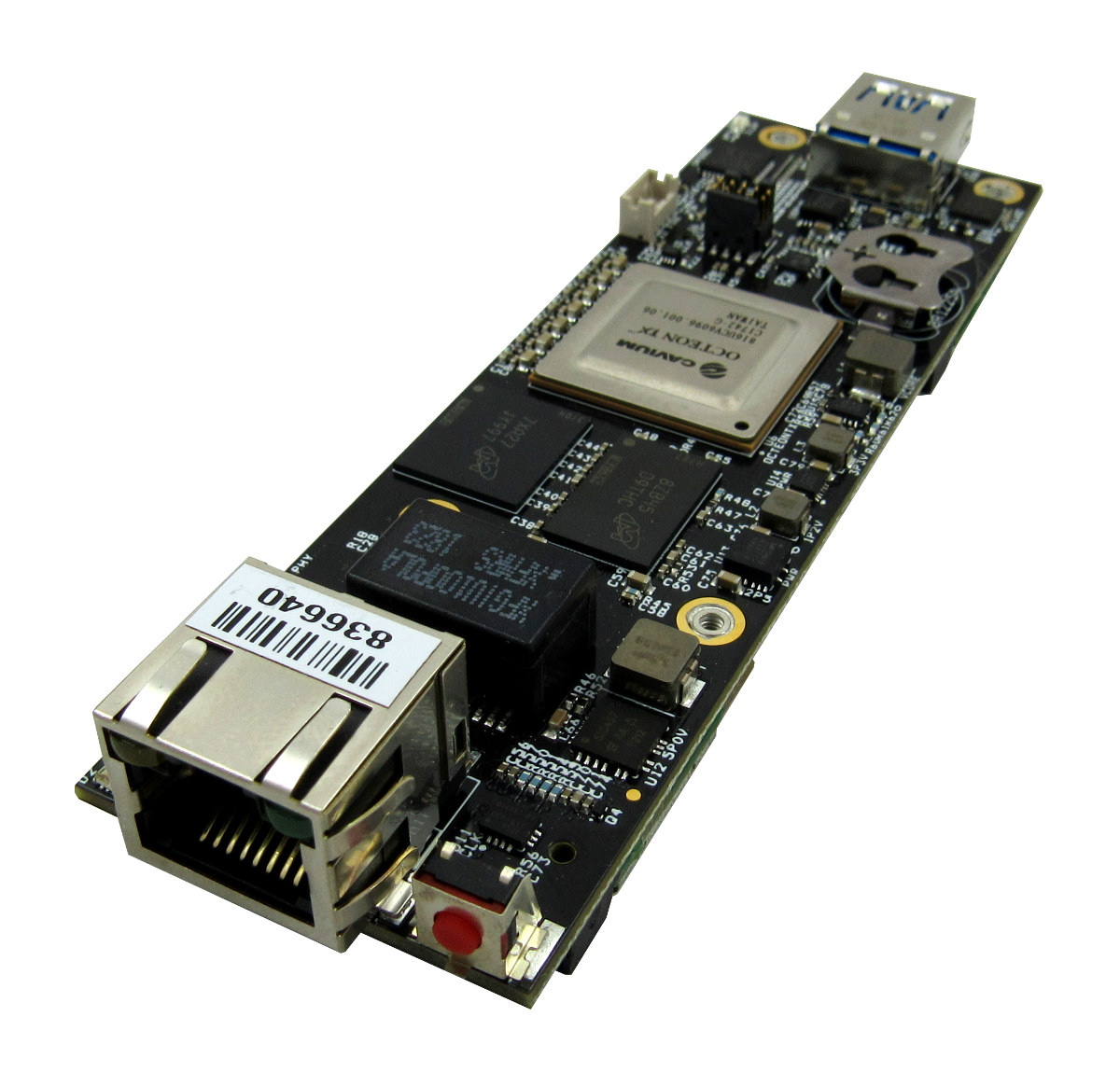 Other main differences compared to the earlier GW6100 networking SBC are that PoE appears to be the only power option, while the older board also had a DC power barrel jack, and mSATA SSDs are not supported.

The company provides BSPs for OpenWrt and Ubuntu, and you’ll find software documentation in the Wiki. There’s also a GW6903 Development Kit (GW11046) with the board, U-Boot bootloader, Ubuntu Linux Board Support Package, required interface cables, a power supply, and a JTAG programmer to update firmware and provide serial console access.

The board is available now at an undisclosed price. More information may be found on the product page.

Really wish they would give you a price for a single unit without having to request a quote!

There are still a bunch of pre-internet marketing dinosaurs who are absolutely convinced that potential customers landing on their sites will insist on staying in this tab because of the site’s color scheme and will fill a form to receive a quote, spam and regular phone calls from an annoying person. These people are blocked on the old shop model where they consider that once the customer made the trip from the country to the city he will not go back home and will accept whatever they have to sell. These people should definitely go outside and see how users… Read more »

trying again.  We had earlier done a lot of good work with OCTEON MIPS family, and are still engaged. But most of our customers now choose x86 options with DPDK framework.
Most of OCTEON board companies still force you to contact Marvell/Cavium to request and get approved for SDK access.    If my  Customer is still serious, they arrange the Boards and SDK access, by pleading and requesting for months and months.

I wish they had been more accessible and Open, because their packet performance at one point was much better  on a per Watt and per Dollar basis.

Does this one has OTG or gadget mode on the USB?