The first time we wrote about GPD product was for one of their portable game consoles, but since then the company has made many mini laptops that are fairly similar except for the lack of gaming controls.

The company is now back with a portable game console powered by a 15W Intel i5-1035G7 Ice Lake processor designed for AAA games. GPD WIN Max has really made a splash, as the company raised close to 1.4 million dollars a little over a day after the launch on Indiegogo. 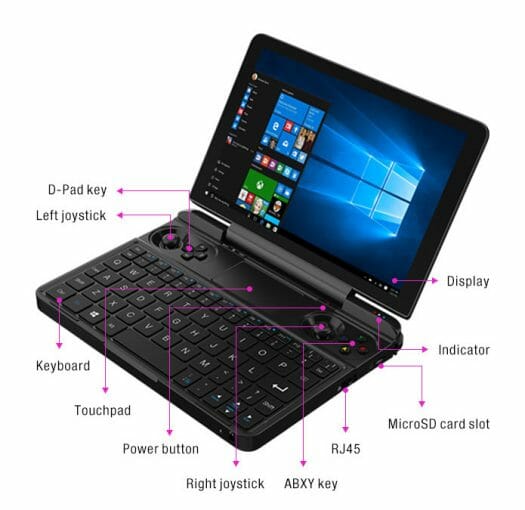 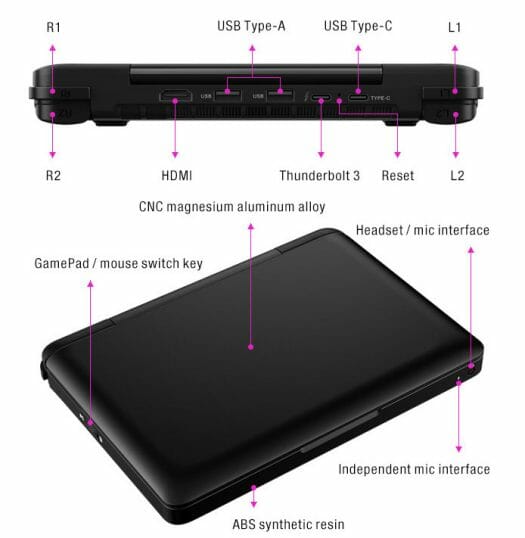 GPD WIN Max runs Windows 10 64-bit, and the company claims it is the only PC gaming console in the world that can fit in your hand, and capable of running AAA games at 60Hz with medium settings.

Competitors include Dell Alienware UFO for which we don’t have that many details and Smach Z handheld console powered by an AMD Ryzen Embedded V1605B processor with Radeon Vega 8 graphics, and after comparing Fire Strike benchmark in 3DMark, the Intel processor seems to have a clear edge.

If you want to find out how a particular game fares, the company has posted a long list of games with FPS range on Indiegogo and linked to several reviews on YouTube.

Note that TDP of the processor is configurable, and that may have a significant impact on performance. If you play in a fairly hot room, a 25W TDP may not work that well, and you may have to go with 15W TDP for a more consistent gaming experience.

If you are interested in GPD WIN Max handheld game console, you could pledge 6,038 HKD ($779 US) including shipping, and get it shipped by July 2020 barring any unforeseen circumstances. If you prefer to play it safe, the console will retail for $885 US.

Smach Z is still vaporware up to this point. No release date and no mass shipments yet.

It looks impressively complete in terms of connectivity! Also by moving their touchpad/josticks at the top the managed to make a somewhat usable keyboard it seems. I’d be fine with half the CPU cores, half the RAM and half the SSD to save a few hundreds bucks 🙂

I concur, while nowadays 16Gb RAM on desktops/laptops is kinda run-of-the-mill, it’s still waaay overkill for a device like this… Gimme a version w/ i3-1005G1 (even better battery runtime), 8Gb RAM and half the SSD, and i’m sold!

> managed to make a somewhat usable keyboard it seems

LOL. I’ve had an Dell Mini 10 netbook with 27cm width and the keyboard was barely usable just due to key size. This thing here has 6cm less. Good luck with the approach of typing on a game console 🙂

Just became a mundane thing, which routinely raises millions. (And even more routinely fails, but that’s even older news than millions.)

I’m OK with this as long as the display is NOT a “shiny” glare-magnet screen. The price is reasonable for industrial/medical mobile device applications – depending on SW/HW support over the long-term – this is the market for this device IMO – not Gaming.

What USB PD voltage it uses?