Earlier this year, Techbase introduced the ClusBerry 9500-CM4 cluster system for industrial IoT that can take up to eight Raspberry Pi Compute Modules 4 housed in a DIN rail enclosure.

But for smaller projects and IoT prototyping, the company has now designed ClusBerry-2M, a smaller cluster device including two independent ModBerry I/O mainboards and two Compute Module 4’s that’s equivalent to two ModBerry 500-CM4, but with support for software cluster management tools such as Docker and K3s Lightweight Kubernetes. 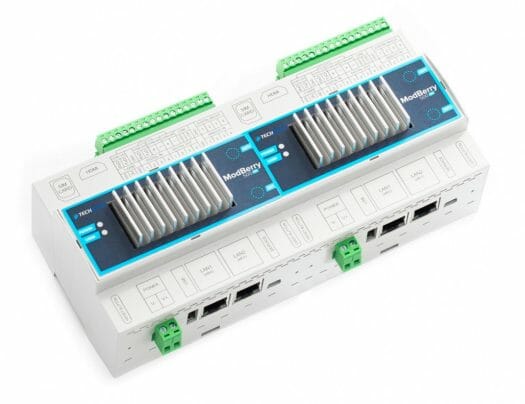 The company did not share the full ClusBerry-2M specifications, but we can derive most of the features from the photos, previous products features, and the announcement: 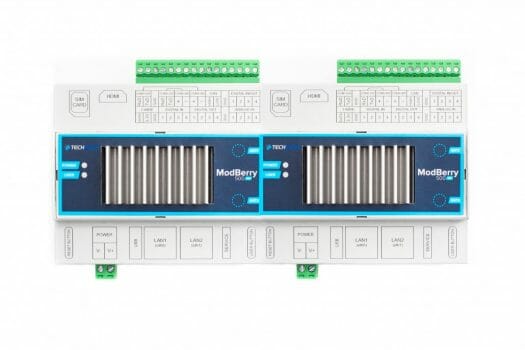 From a hardware perspective, I’m not sure what the advantage of getting ClusBerry-2M is over getting two Modberry 500-CM4 gateway since everything is separated including the power source.

The software is the same as for the 8x Raspberry Pi CM4 system with the use of Docker-based and Kubernetes solutions for the detection of new services and traffic, data storage management, automatic deployment and rollback, etc…

The basic version of ClusBerry-2M industrial IoT controller should be available in 2 to 4 weeks, while custom versions will take longer to supply, typically 2 months. The company also mention it will depend on Raspberry Pi Compute Module 4 supplies. There’s no product page specific to ClusBerry-2M at this time, but eventually more details should be found on the ClusBerry page.