TECHBASE ClusBerry Rack supports up to four Raspberry Pi CM4 based modules which can be added and removed on the fly thanks to a lockable mechanism that reminds me of hot-swappable drives found in NAS. 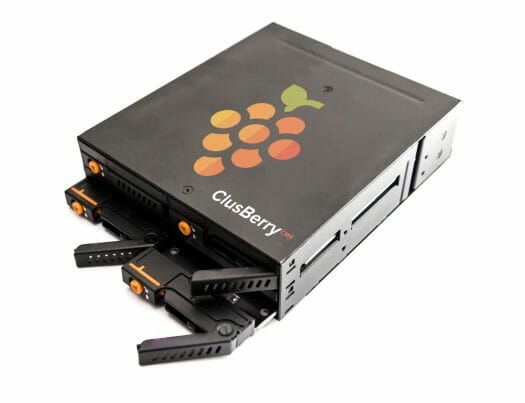 TECHBASE is not the best company when it comes to describing its products, possibly because those are customizable, and in this case, they don’t show the other side of the enclosure with all ports…

But based on the PDF we’ve received, you should be able to create a system with four modules offering the following features each: 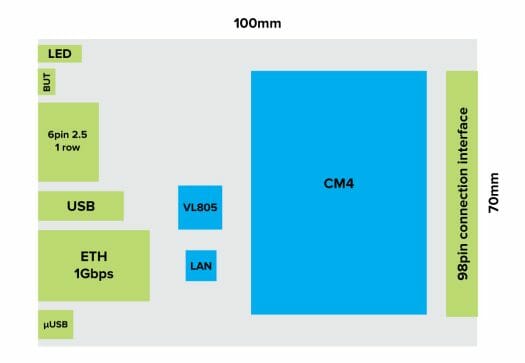 TECHBASE recommends software cluster management with Docker and K3s Lightweight Kubernetes. Each module can be configured for specific tasks such as a standard I/O gateway, a wireless modem, a router, an AI gateway with Google Coral Edge TPU module, etc… 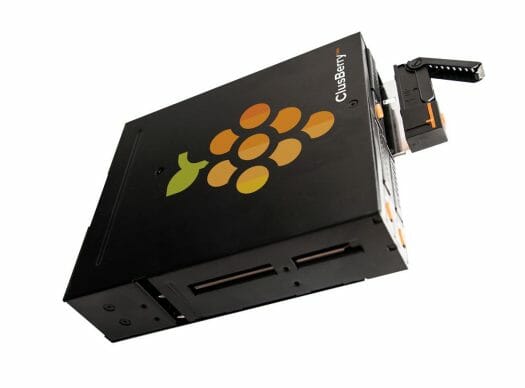 The company said “delivery time for various configurations of
ClusBerry Rack casing including ExCard modules and modems can be approximately 2 months, depending on the CM4 supply on the market and chosen expansion cards”, and they also announced the availability of the basic version of  ClusBerry-2M within two to four weeks.  There’s no specific product page about the new Cluster Rack, but eventually, more details may surface on TECHBASE website.

As a side note, I’ve heard from several sources that the Raspberry Pi CM4 is in short supply, and so hopefully (mostly) electrically compatible modules like SOQuartz or Radxa ROCK3 CM will be able to fill the void. Before you ask, I do not have details about ROCK3 CM yet, just the name…

Here are details of Rock3 / CM3

Thanks. That will teach me using the wrong search engine (Google), Duckduckgo and Bing return proper results…

I came across this a time ago. https://www.jeffgeerling.com/blog/2021/uptime-labs-cm4-blade-adds-nvme-tpm-20-raspberry-pi
It looks very promising.

Just how much heat, will 16 toasters marketed as RPI CM4 , generate in a 1U case ?

Not enough to be too much, 1kW 1U systems are quite common in server space, you just need enough fans for them.

Better ignore this constant stupid RPi bashing. A CM4 with upper ‘server load’ will consume 5-6W so in case of the Uptime Labs Blade thingy the choice of the NVMe SSDs might even be more important than the ~100W max. generated by CPU utilisation. It then depends on the SSD in question, I/O access patterns and ASPM/APST driver support and parametrisation (PCIe Active State Power Management and NVMe Autonomous Power State Transition).