Since board-to-board connectors – as found in Raspberry Pi Computer Module 4 – are not ideal for density, the company went with a design including 260-pin SO-DIMM connectors plus CM4 adapter boards, a design that allows them to also integrate other SoMs like the NVIDIA Jetson SO-DIMM modules.

There are some positive developments with support for mPCIe ports and dual SATA via a PCIe to SATA controller, but the number of supported modules decreased from 7 to 4. They wanted to keep the costs in check, and the photo below may also explain why…

Each module will be quite thicker because of the need to stack the Raspberry Pi CM4 module on a 260-pin module, and the thick heatsink required to keep the quad-core Cortex-A72 processor cool. This design also allows them to be more flexible, and add additional modules to the Turing Pi 2, including one designed in-house – the Turing Pi TCM – that should be announced later on.

The Turing Pi V2 clusters will include firmware to control cluster operations. The firmware provides over-the-air updates (OTA), remote cluster management, including serial console over LAN, and flashing OS images remotely. Some of the use cases for Turing Pi 2 include edge infrastructure for self-hosted applications & services, designing an Arm Workstation for developers, building images for AWS instances for Amazon Graviton 1/2 processors, Kubernetes, etc…

The board development is getting finalized, the final prototypes should be ready soon, and pre-orders at expected to start in before the end of the year, with shipping scheduled to start in Q1 2022. They are just not ready to provide an exact launch date and pricing at this time and promise more details in the coming weeks. The product page has not been updated with more recent changes, and still shows a block diagram with four Raspberry Pi GPIO headers, instead of one, as well as an audio jack that has been removed since then.

[Update: Initially published on October 21, 2020, the post was updated as the company’s announced more details about Turing Pi v2, including specification changes and support for NVIDIA modules]

Given the added complexity required to reach a high density with this board, I doubt it will be really affordable to make clusters out of it. For $750 you can have a readily usable HonneyComb LX2K with 16 cores at 2 GHz, M2, 4xSATA, PCIe 8x, 4×10 GbE, and all that under a single system image. That’s a lot better than the 4×4 cores and 2x1GbE proposed above, which I’m not sure will be significantly cheaper. The big challenge with the Pi4 is the cooling of a 28nm chip, which is not very compatible with high density computing anymore. At… Read more »

It’s not interesting to make compute modules based on A53/A55 cores. However for S922X (or A311D) why not, this would offer 4xA73 per module, which is pretty nice. The RK3399 isn’t that great for computing. Half of its power is on the 4 low-performance cores which are hardly usable for anything, and no single core alone can max out the DRAM bandwidth. In that regard the S922X is way more balanced. The real strength of the RK3399 is its connectivity. It’s one of the only affordable ARMv8 chips with GbE+USB3+PCIe. With most others you have to sacrify at least one.… Read more »

Cheers for the explanation.

I’m totally just a RaspPi hobbyist, but at I’m looking at the older: “$25 for the RPi CM3 Lite modules: a 7-module system would go for a little over $300, not including microSD cards nor a power supply” Frankly, I have no idea of the relative plusses or minuses of Pi other than $. But I’m guessing for needs much beyond the “Turing 1”, you should look somewhere else for clustering ARM boards.

> I’m unsure where the other 2 PCIe lanes go

I agree there isn’t much point in a cluster of devices like these if the goal is to do things cheaper than on larger single-system-image machines, and all the advertised use cases seem a bit questionable. However, I do see use cases in which it does make sense: Building a continuous-integration system for software that is already Raspberry Pi specific and would not run on other SoCs but needs a better form factor than individual SBCs. Teaching about HPC clustering without the budget to pay for HPC hardware. Clearly the performance trade-offs are different, but you can still learn about… Read more »

I’m no huge RPi4 fan(nor heatsink). But having 4 modules at once should be great.
The BCM2711 isn’t the best for this goal. A lot of heat and high power consumption for the performance. Well, my pc does it worse…
More modules would have been better too. But I bet it’s going to make someone happy.
I can dream of it tonight. Pay it I will not.

Nah, we should have big, high core count ARM chips that can go on to mini-ITX motherboards. Using multiple 8-core DynamIQ clusters of Cortex X1/A78/A55, or Neoverse.

I’m sorry, did you just say you’re not a fan of that sexy beast of a heatsink? 🙂 It’s beautiful, although it was better when it was in gif form on announcement day…

> that sexy beast of a heatsink

… is pretty inefficient without a noisy fan blowing huge quantities of air over/through it. A heatsink designed to operate without supporting fans looks quite different: much larger spacing between heatsink fins and different orientation.

Absolutely, they will only act like a large metal block. I do have similar ones that I tried to use with LEDs, and the LEDs finally died 🙂 No passive convection will happen there. And even if it were spaced larger, then fins are only oriented sidewards so that a powerful fan is placed behind. This makes sense when designing a full box, but nobody should expect a silent one!

It is all to do with the overall design, stick the board in a case with the right air pull through design, as well heat radiating housing design and cooling could be done well. I just don’t help Toasters marketed as RPI 4.

Yeah, I didn’t say it would work well 🙂
I just think that looks really good, I don’t know why. 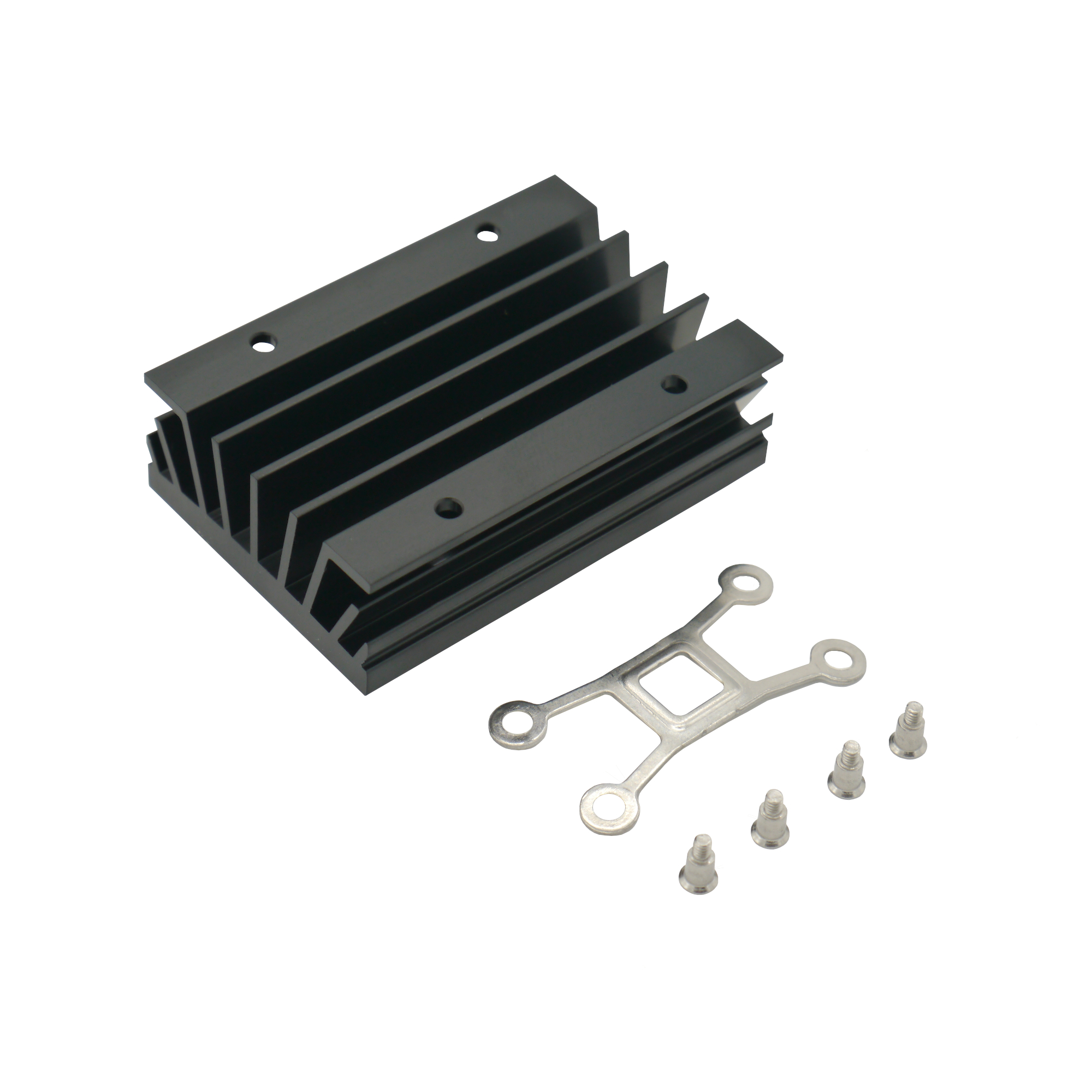 This might work (in upright position) but of course not on this Turing Pi thing with a 3.15 cm spacing between the SO-DIMM slots. This whole thing is just weird…

I, myself, am definitely not buying it. It’s simply not worth it – and I would counter the ‘education value’ argument with the fact that anyone just wanting to mess around with a cluster will go for a much more affordable solution with Pi 4Bs or less.

And as for the heatsinks, sometimes it just comes down to sheer thermal mass – especially for small chips and burst-ish workloads.