NVISEN FU01 fanless mini PC is offered with a choice of Intel Core i3/i5/i7 Tiger Lake processors, fitted with up to 16GB RAM (upgradeable to 64GB), a 256GB or 512GB M.2 NVMe SSD, and the highlight of the computer is its 40Gbps Thunderbolt 4 port with 8K video output support.

The Tiger Lake system can drive up to three 4K displays with HDMI 2.0 and DisplayPort connectors adding to the Thunderbolt 4 port, offers Gigabit Ethernet and WiFi 5 connectivity, plus six USB 3.0/2.0 Type-A ports for expansion. 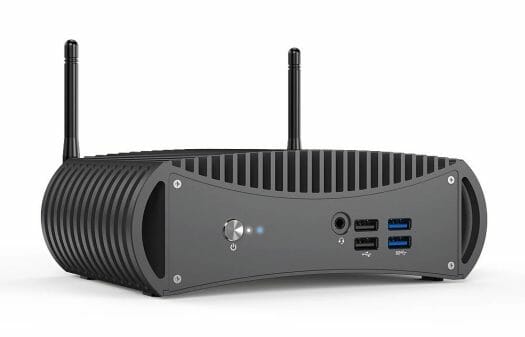 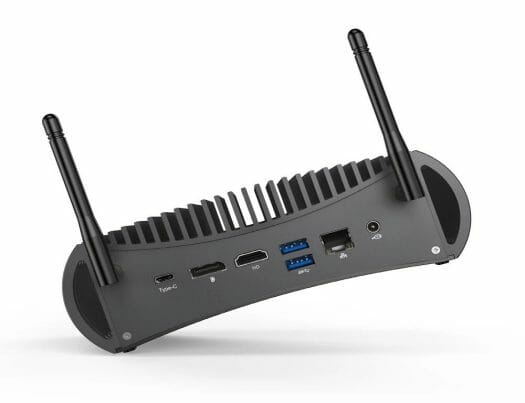 The mini PC ships with a power supply with EU/US/UK plug adapters, as well as a wall-mounted bracket. Windows 11 Pro is preloaded on the machine, but the company says Ubuntu is also supported. Another feature is “auto-boot” more often referred to as “auto power on”, and we’re told the system is designed for 24/7 operation.

NVISEN FU01 fanless Tiger Lake mini PC can be purchased for $550 to $800 on Banggood with the price depending on the selected processor, as well as storage and memory options.